Does your vegetable garden have more unripe tomatoes than you can use in salads? Are you wondering what to do with unripe tomatoes? Try using some of the green ones for this fried green tomatoes recipe.

This delicious side dish makes a nice change from raw tomatoes and is very, very tasty.

There is nothing quite like the taste of a ripe, red garden tomato. But in the heat of summer, tomato ripening will slow down because of the high temperatures, leaving us with green tomatoes.

Also, with the onset of fall, many tomato plants still have lots of green tomatoes on them. This recipe is a great way to use them. 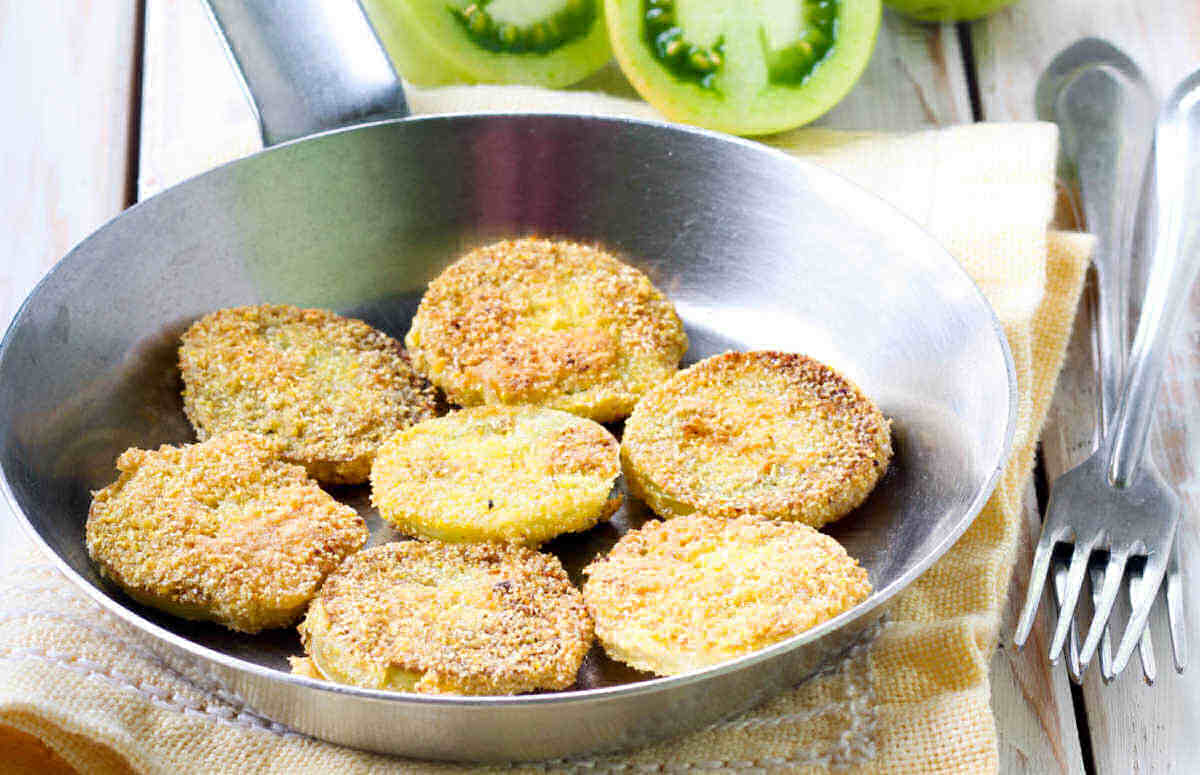 My vegetable garden is producing tomatoes by the baskets full.  Unfortunately, the neighborhood squirrels have found them and started devouring them if I let them even slightly ripen on the vine.

When I walked out this morning there were dozens of them on the ground. Some with just a bite out of them.

I figured that they would get the rest of them, so I brought in most of the green ones that the squirrels had not yet managed to get to. See my article on how to ripen green tomatoes off the vine indoors here.

But for some, I decided to try my hand at cooking them.

Do you have a batch of green, unripe tomatoes? Make some fried green tomatoes with them. They are cooked in peanut oil and a seasoned cornmeal crust and just delicious. Get the recipe on The Gardening Cook. #friedgreentomatoes Click To Tweet

Fried green tomatoes are often associated with Southern cooking. However, if you were to examine Southern newspapers and cookbooks before the 1970s, it would be unlikely that you would find them mentioned.

The idea for the recipe dates to the 19th century and Jewish immigrants. Fried green tomatoes became popular in the South after the 1987 movie Fried Green Tomatoes at the Whistle Stop Café.

To make this dish, start with some green tomatoes from the vine. 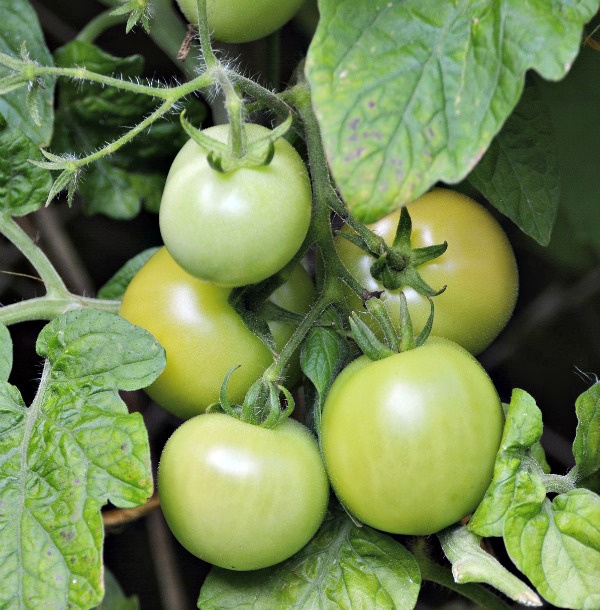 I had picked a basket of green ones yesterday and cooked fried green tomatoes last night. It was the first time I have had them and I must say, they were delicious.

To make this fried green tomatoes recipe, choose green, firm tomatoes. They will slice more easily and will hold up in cooking. 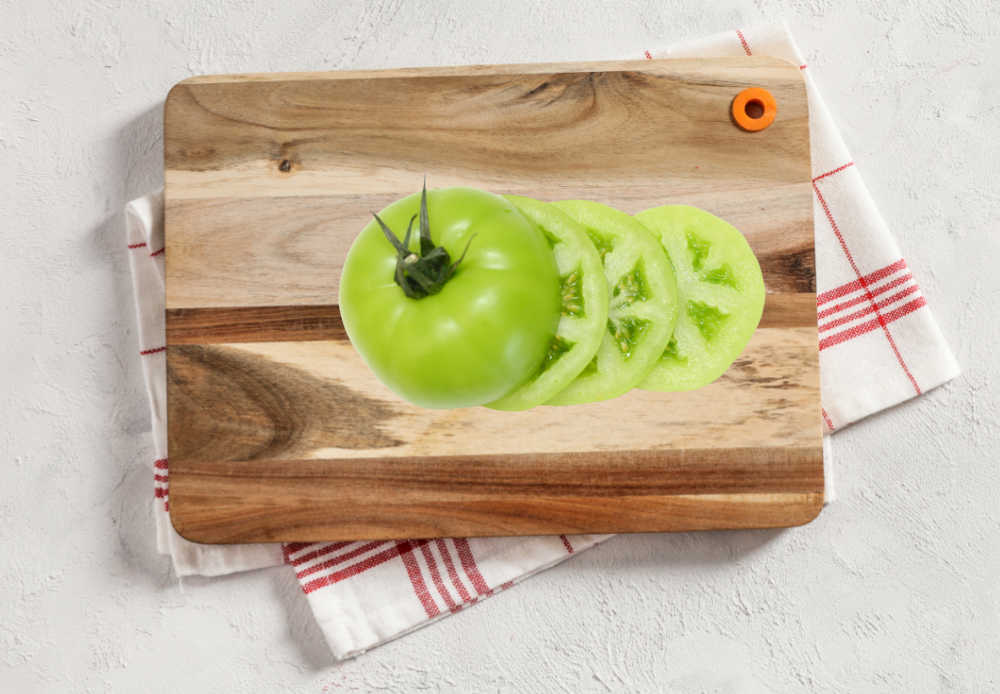 The un-ripened tomatoes are coated with a perfectly seasoned cornmeal breading and fried in peanut oil until they are crispy and golden. 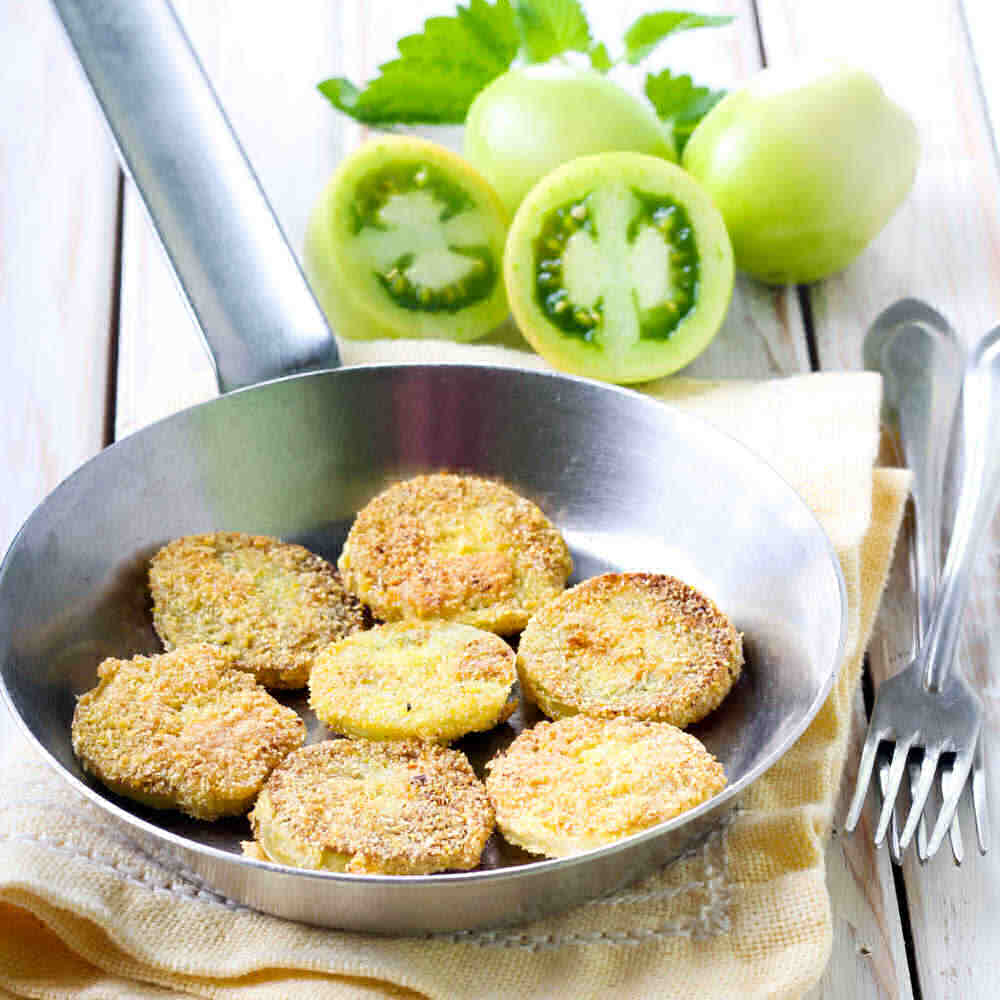 I used a combination of spices, corn meal and flour along with a rib rub for flavor.

They are not the same as having a vine ripened red tomato but at least I have a way to make use of the green ones I pick while I deal with the squirrel problem.

If you would like a bit of extra spice, serve them with a bit of hot sauce. 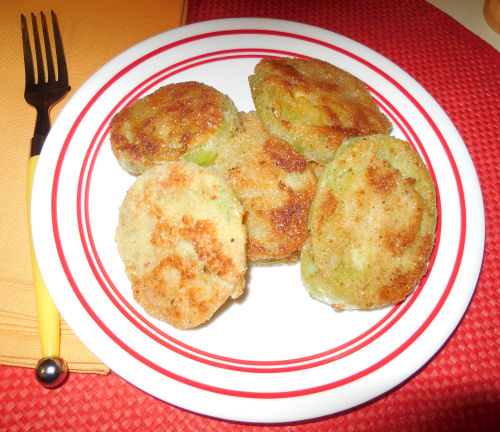 Fried green tomatoes are a very popular side dish to take to a Southern barbecue. These sliced and fried crunchy bites of tangy green tomatoes will delight your friends.

They are easy to make and will vanish in a second!

Would you like a reminder of this recipe for fried green tomatoes? Just pin this image to one of your cooking boards on Pinterest so that you can easily find it later. 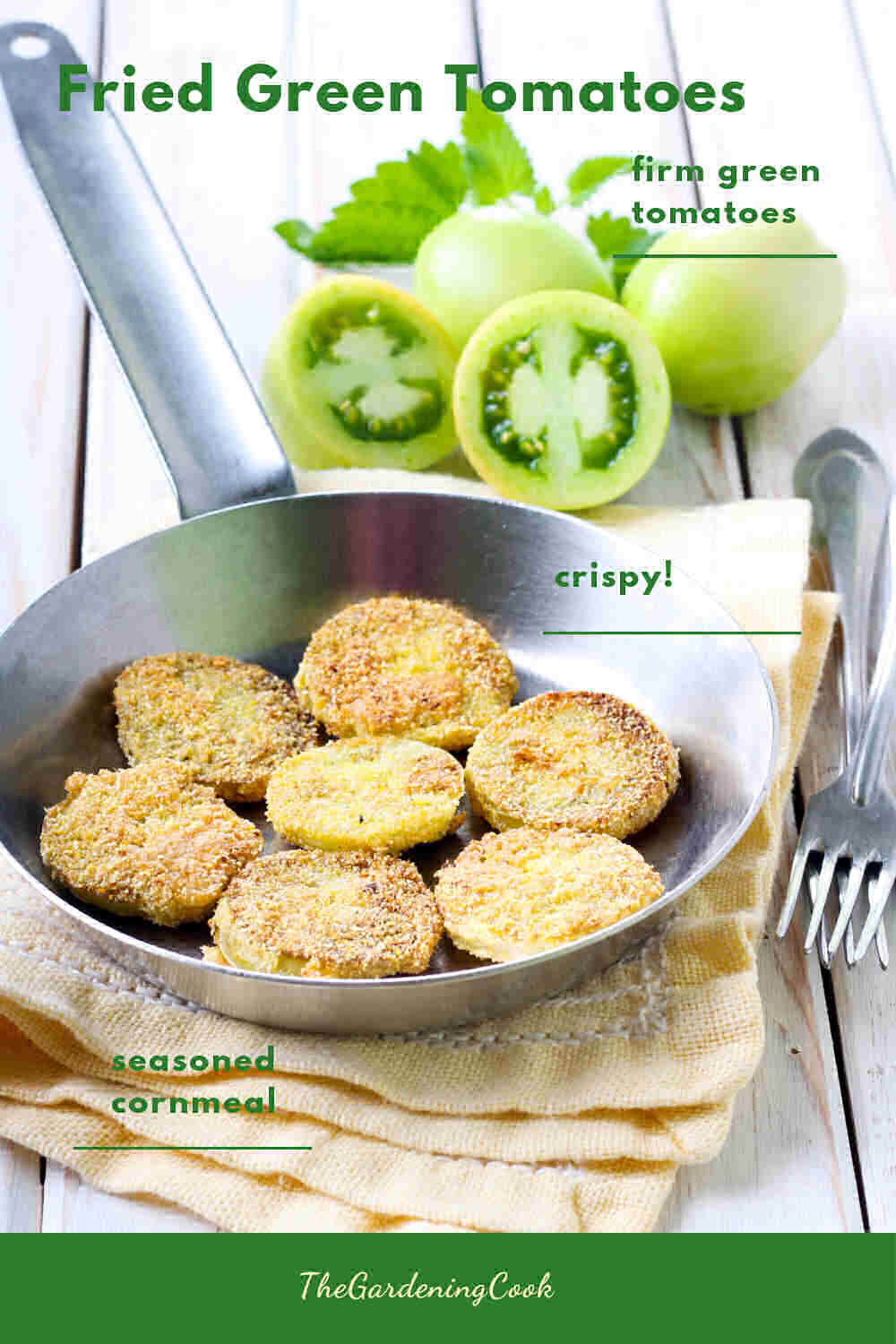 Admin note: this post for fried green tomatoes first appeared on the blog in June of 2013. I have updated the post to add new photos, a printable recipe card. and a video for you to enjoy.

These meatballs are so good. My family loves them…kids included. They’ve become my “go to” turkey meatball recipe. I’ve made them quite a few times and finally decided I should say thank you for a good recipe. Thank you 🙂

I think the size of chicken breasts has changed dramatically since Julia Child's day, which could account for some of her shorter cook time.

I agree. Some of them are huge.

Looks delicious ! I was wondering if you could post recipes for school lunches? I’m trying to eat healthier while trying to balance out homework and exercise and I would like some simple, quick and healthy lunch recipes. Thanks 🙂

One pot dishes are my favorite to make. This looks so delicious and easy to make. I will have to give it a try this weekend.