One of my family’s favorite side dishes is vegetarian twice baked potatoes. But the normal version is full of fat, cream, butter and calories. This healthy recipe uses a Vegan spread and vegetable cheese but is still full of flavor. 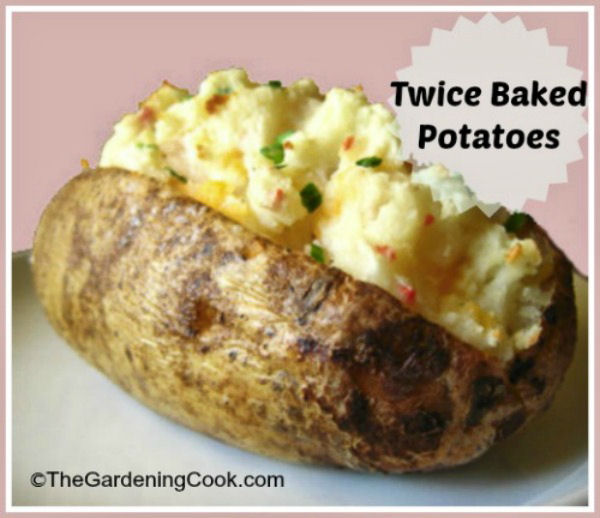 What is a twice baked potato?

Twice baked potatoes are a cross between a normal baked potato and a creamy potato casserole.

The potato is baked just as you normally would bake a potato, but when it is cooked, you scoop out the flesh and combine it with other ingredients.

This is when the fun starts!  By adding other ingredients to the potato flesh, you get a whole new flavor profile. Many people refer to these potatoes as “loaded baked potatoes.”

Twice baked potatoes go great with a nice big steak, but you can serve them with any protein. I like to avoid other starches when I serve these potatoes.

A tossed salad makes a great side dish option to serve with them as well. And if you add enough ingredients, the twice baked potato can be a meal in itself! 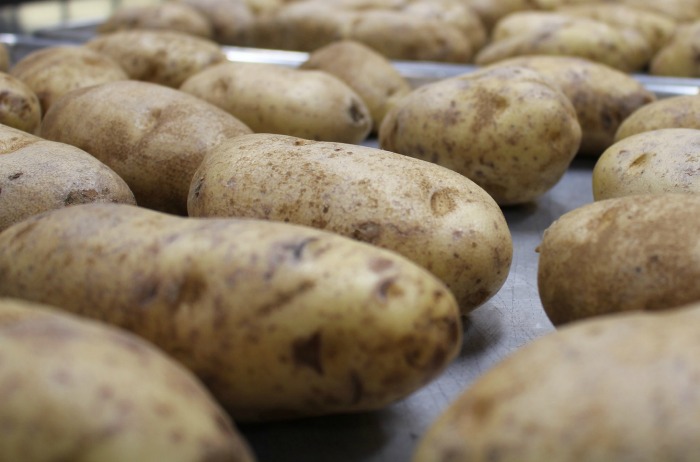 The sky is the limit when it comes to twice baked potatoes.  Just use your imagination and add some of your favorite ingredients to give the potato a whole new taste. 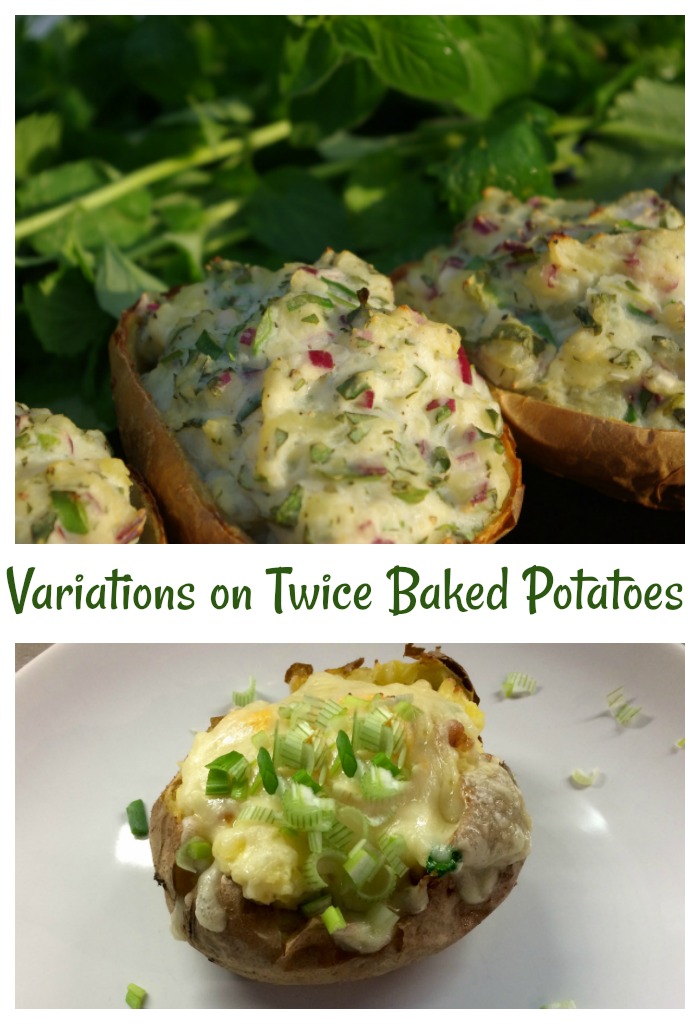 Here are a few ideas to get you started on your new baked potato taste.

Add some ranch dressing, with garlic and the potato filling.  Top with Mozzarella cheese and bake again and then garnish with chopped green onions.

Want to go for the works? Combine the potato mixture with sour cream and chives and add some crumbled bacon for good measure before topping with cheddar cheese and re-baking for a few minutes.

The ultimate pub grub meal in itself!

Add some liquid smoke, your favorite hot pepper sauce and some barbecue sauce to the filling and then top with some cheese and cook the second time.

Love the taste of seafood and potatoes together?  Combine them into one side dish recipe!

Bacon goes with everything, they say. For a smoky taste, chop up some cooked bacon with spring onions and parsley and combine it with the potato filling.

Top with some shredded cheddar cheese and bake again until the flavors combine. A crowd pleaser for sure!

Combine the potato flesh with some butter, salsa, sour cream, and salt and pepper. Top with Mexican cheese and bake till the cheese melts.

Our featured baked potato recipe is simple and suitable for vegetarians or Vegans. 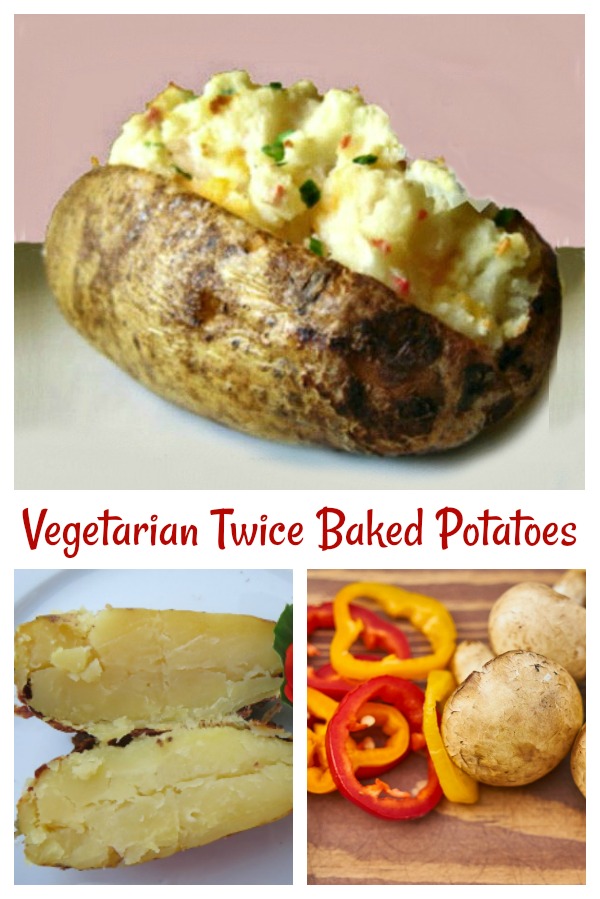 Just bake your potatoes first, scoop out the flesh and combine it with some chopped garlic, mushrooms, and green pepper. Stir in the Earth Balance buttery spread and place back in the potato skins.

Season with salt and pepper, top with Go Veggie Monterrey Jack cheese (or Daiya Cheese) and put back in the oven to finish.

The veggies add a load of flavor to the filling and your family will be asking you to make these twice baked potatoes again and again.

The vegetarian twice baked potatoes recipe has 469 calories for each potato, 12 grams of protein and 9 grams of fiber. Makes a huge serving. Serves four servings if you have 1/2 potato each (at half the calories.)


Admin note: This post first appeared on the blog in March of 2013. I have updated the post to add new twice baked potato ideas a printable recipe card and a video for you to enjoy.

This makes a huge side dish if you eat the whole thing. Can be a meal with salad. 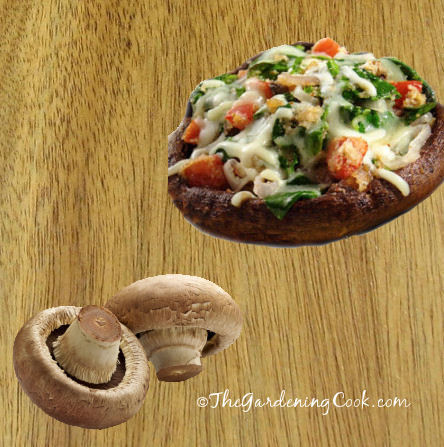 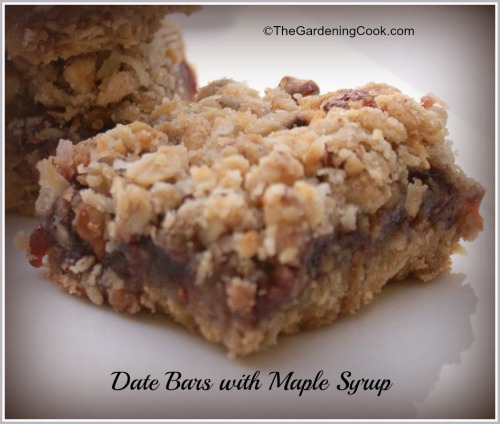 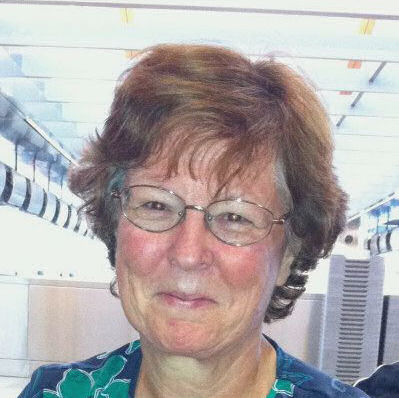 I love to garden and cook (with a bit of DIY thrown in for fun.) I come from a long line of gardeners and have always loved to experiment with food and recipes. Join me as I cook and garden my way through life.