Repotting Succulents – An Exercise in Frustration

Re-potting my succulents and cacti was not as easy as I thought it was going be.  I had a few that I had neglected for years waiting for just the right planter to put them in. They were a sad little group for sure.  I figured that I’d have them re-potted in 20 minutes or so and would finally be proud of the little group.

If you love succulents as much as I do, be sure to check out my guide for how to care for succulents. It is loaded with information about these drought smart plants.

Re-potting Succulents and Cacti Took me all Afternoon.

But you know what?  Sometimes a 20 minute task can end up taking all day for reasons you would never imagine when you started.

I had a sorry little group here.  Some of them had lost most of their soil.  Most were dried out and shriveled.  But I am an optimist and thought I’d be able to bring them back to life.

Off to Lowe’s home Improvement I went.  I found just the right container, as well as two small terracotta planters with more succulents and cacti which had been reduced in price from $19.99 to only $5.    What a bargain I thought. (my first mistake…)

I also got a few extra plants just to add to the collection.  I had a variety, including Haworthia, Stenocereus, Echeveria,  Kalanchoe, Jade plant, aloe,  Mimicry Plant and others. These were the basics of my project:

The first thing I needed to do was remove the plants from the two small terracotta planters. Easy right?  Think again.  Some “intelligent” design person who made the two planters decided that they did not want the rocks and stones to fall of the planter on the trip in Lowe’s  delivery truck.  Their great idea?  Glue the rocks in place.

All I can say is, this was an effective plan as long as you never want to water the plants or remove them from the planter!  It took me at least three hours to remove the darn things, cursing the whole while. I am thankful that I only paid $5 for each planter. I pity the poor customers who paid the original price of $19.99 for them and then wondered why the watered ended up flowing off the rocks and resulted in dead plants.    I also wonder if my hands will ever be the same after trying to remove those rocks!

So several hours later, I had the plants ready for re-potting.  I even managed to take the glued rocks apart to use for the top of my soon to be new planters (I am frugal that way – “waste not, want not,” as my grandmother used to say.)

I used river rocks in the bottom of my planter for drainage.  I also did the same for the two small terracotta post that were now finally rid of the rocks and cleaned.

The end result – a large planter and two small terracotta pots.  Not bad for almost a whole day’s work it is?

I even ended up with some remnants of pieces for propagation, and some that did not fit into the three planters.  They are now sitting on the edge of my deck in some big pots to use later for another “short little re-potting exercise.”  Hopefully, the next one won’t take all day.

Moral of the story.  If you buy planters with rocks on the tops from Lowe’s be sure the rocks are not glued on to the soil!  And if they are, even $5 is not a bargain. 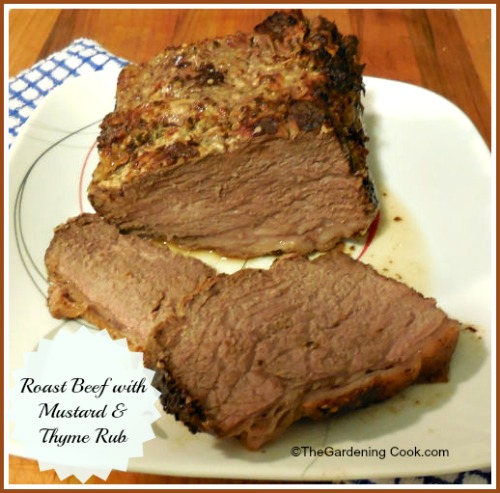 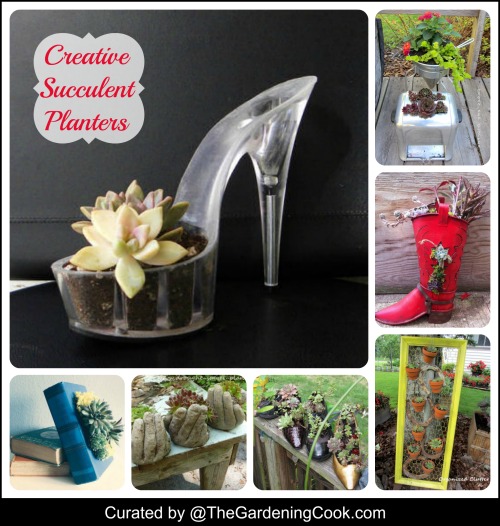 That cement pebble topping has always infuriated me, and I would not purchase. Then I was gifted a cool grafted cactus in just such a state (with no drain hole!). What to do with the repotting? Help.

Basically you will have a day like I described mine to be. I had to sort of chisel the stones out being careful of the plants and then I started over. I also get so mad when I see them sold like that. It is pretty and gets it over the door as a sale, but it's a horrible customer experience.

I have NEVER had any succulents but I love my plants and I am interested in starting a planter. What do I need to start.? I know the small pebbles go on the bottom but what do I use as the planting medium and which plants are the best to start with. I live in zone 9. thanks for your help Mary Ann

Hi Mary Ann. An all purpose cactus potting soil is perfect for succulents. It allows for good drainage. You are lucky in zone 9, almost all of the succulents will over winter outdoors. I have to bring mine in.

Just choose the ones you like the look of. They are very easy to grow.

It's never crossed my mind to see if the rocks are glue together. Silly me assumes no one would glue them. Thanks for sharing your experience so that I know to check before buying!

If you shop for plants (indoor plants) at either Lowe's or Home depot, you will find them. I saw some again this year, and not just on succulents. Makes me a bit angry, actually. Anything to make it look pretty for a sale without a thought as to what is good for the plant. Carol

Oh No You Didn't! 6 Common Gardening Mistakes - Empress of Dirt