Progress on my Test Garden

How my Test Garden has Grown!

Readers of my blog will know that my project for this year (and the next two) is my test garden.  I have a model that I am emulating from Garden Gate and will grow shade, semi shade and full sun plants in it to write articles about for my blog.

Read about the beginning here.

Read about Stage Two in early July 2013 before my daughter’s graduation party here.

I thought it would be fun to put some before and after pictures for this post.  The garden is growing so well right now. Although many of the plants this year are annuals, that will change as the garden grows. (it is only 1/3 the size that I want but it’s too hot to dig now.)

These are photos before the party in July showing the existing small fence garden that I put in last year just to get the project started, the area that was tilled for planting this year and then photos of the garden now. 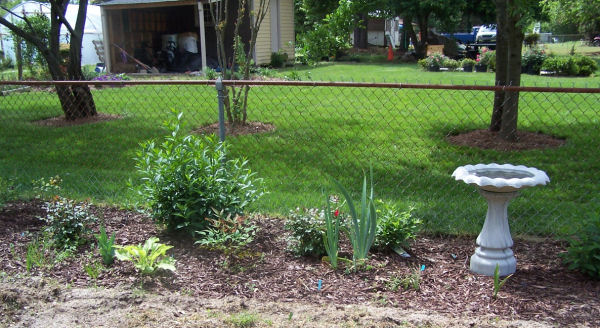 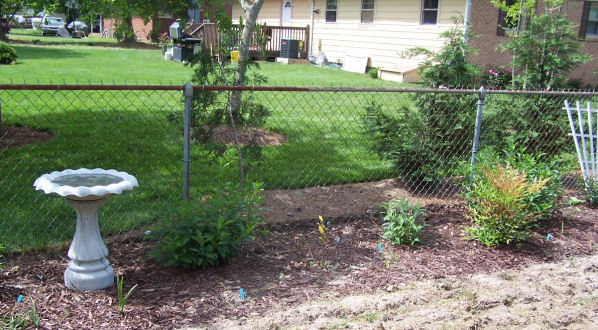 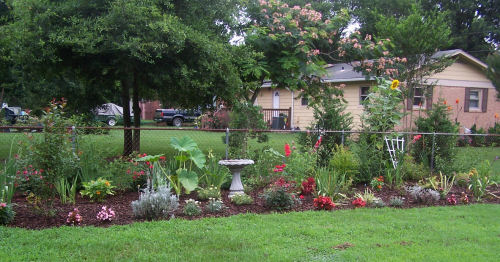 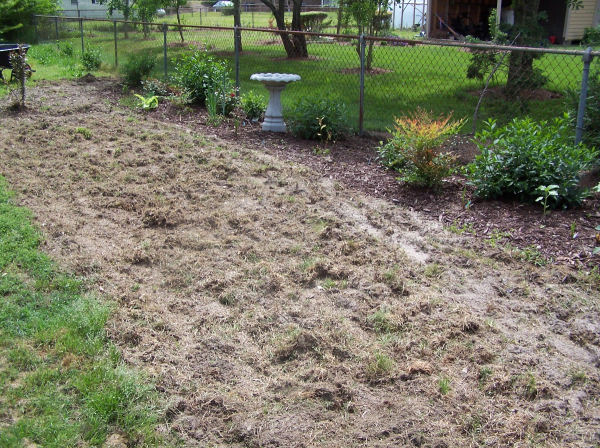 Before planting for party early June 2013 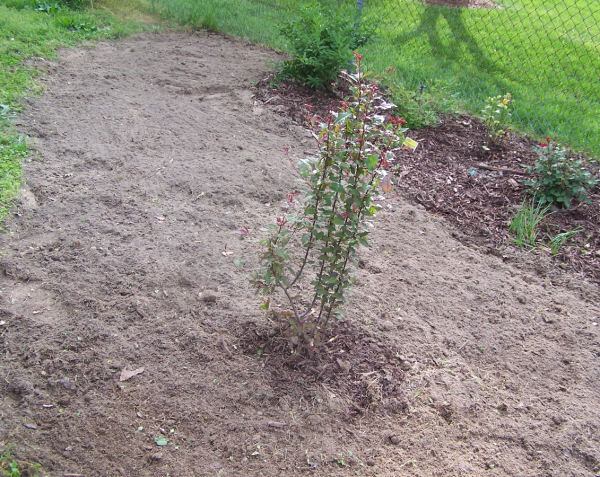 The only tree in the garden – about 3 feet tall 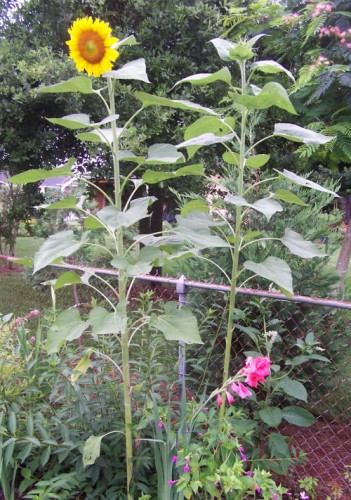 Focus of the garden early July 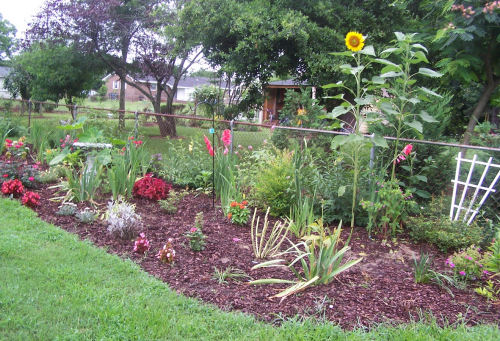 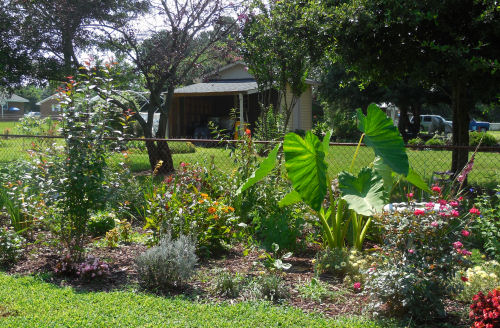 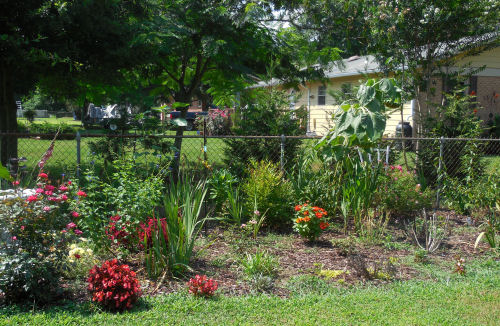 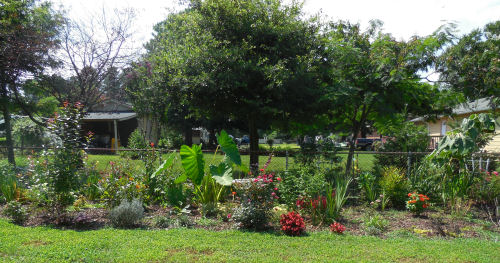 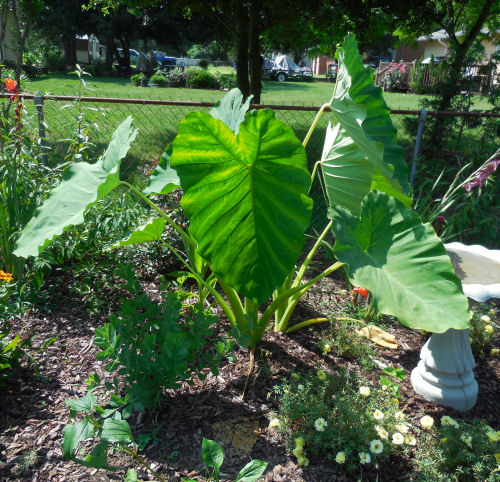 Focus of the garden now – Huge Elephant ears found growing in my compost pile 2 months ago. 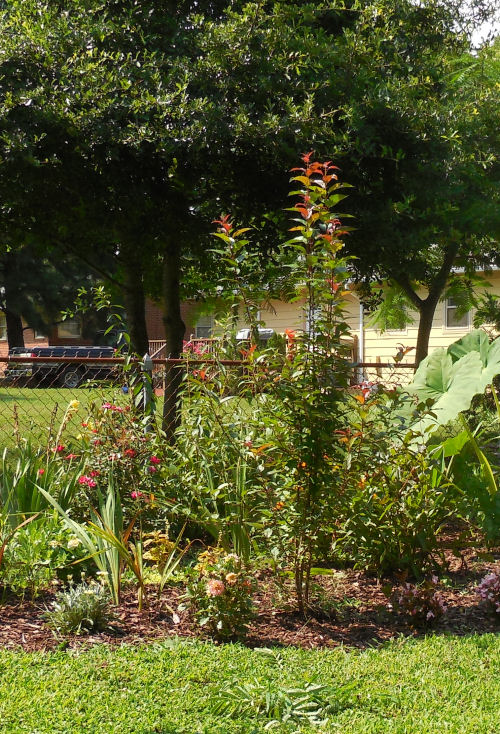 The tree is a mystery for now. I got 10 free trees for a membership with the Arbor Day foundation last year but I mixed up the tags.  The trees I received were:  2 White Flowering Dogwoods, 2 Flowering Crab apples, 2 Washington Hawthorns, 2 Eastern Red buds, 2 Golden rain trees.  I THINK it is a Washington Hawthorn, since I planted the largest one I had and they were the biggest.  But time will tell.

Update:  My test garden has been featured in a garden hop.  It is one of 12 garden tours featured on Our Fairfield Home and Garden.  This great collage was designed by Melissa from Empress of Dirt who is also featured in the garden hop. 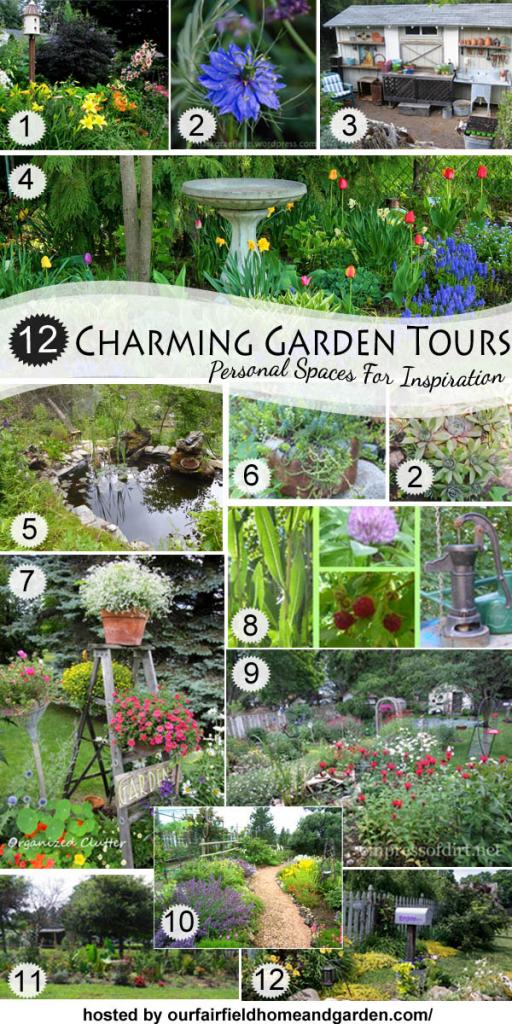 Thanks for including my garden Barb! 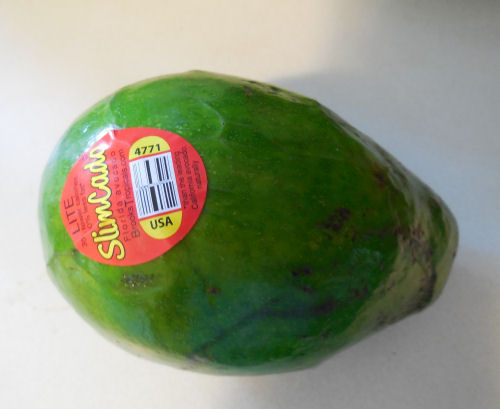 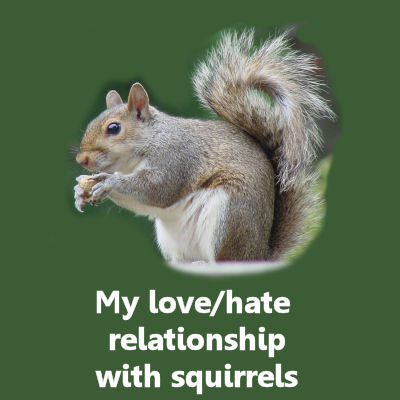 Next
Squirrel Damage in a Vegetable Garden.
Click here to cancel reply.

Pics please! I'd love to see your Washington Hawthorne. I don't believe I've ever seen one before, or least not that I can recall.

I don't think I have a picture of the Hawthorne in bloom. It has lovely pink and white flowers and gets just covered with them. This is what my garden bed is looking like now though.

If a Washington Hawthorne looks like a Photinia, then that is what it is. I have no clue! I immediately thought you had planted a rather twiggy photinia in need of pruning to get it to spread when I saw it in the pictures. Too funny! It's a tree! Going to be a gorgeous when it gets bigger!

Gorgeous garden. You've done a beautiful job there. The before and after pics are telling of all you have accomplished.

You should see it now. those images are two years ago and it has really filled in now. That Washington Hawthorne is magnificent when it blossoms! Carol

Hi. I think your mystery tree is a "Photinia " Red Robin. Makes a great hedge :-)

Unless the arbor day foundation sent me one not advertised, I'm not sure it could be. This tree was definitely one that they sent me and this was not on the list. I will keep watching it though. One never knows!