Imagine a beauty of a plant that you could water by just adding three ice cubes once a week.  Does that seem impossible?  It really is, if you purchase a phalaenopsis orchid (commonly known as a Moth Orchid.)

Did you know that there is a National Day devoted to orchids? It’s celebrated on April 16 each year.

These stunning orchids will make a focal point in any room. Their blooms last for weeks on end.

I like to get red or white varieties to enjoy as Christmas plants for the holidays when nothing else in blooming outside. 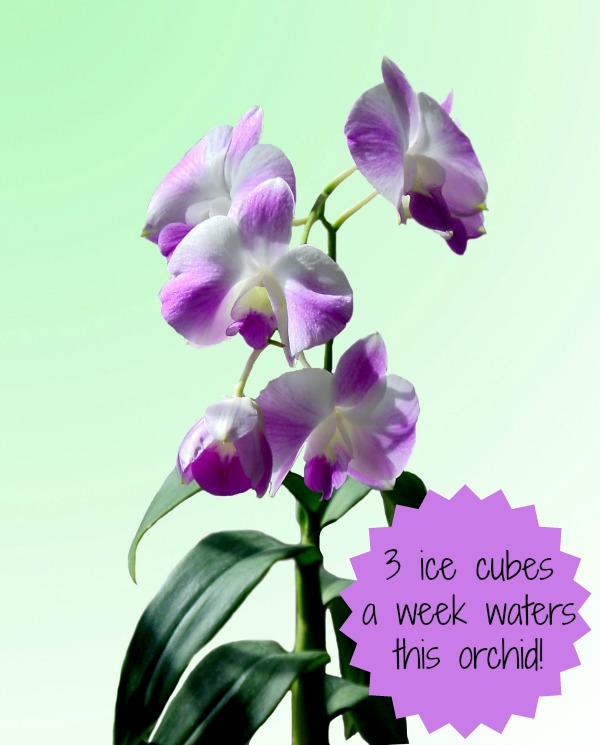 Orchids are not just beautiful to look at, according to feng shui they also enhance good luck for your family.

This watering care is exactly what Phalaenopsis Orchids need.   It’s hard to believe you can get this kind of beauty from such a regimen.

I have stayed away from orchids in the past because I thought they needed such specific care.  But I found some for sale in both Home Depot and Kroger this week.

These Phalaenopsis orchids are sold as having to watered only once a week. It made me reconsider my thought on them and do a bit of research. 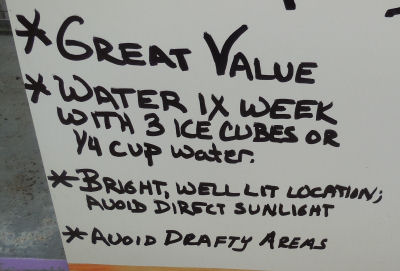 Temperature
Phalaenopsis orchids do like a fairly warm climate. Don’t expect to be able to grown them in Northern Maine without some extra care.

But more temperate climates will do just fine.  They like night temperatures of 62 to 65 degrees F. and daytime temperatures in the range of 70 to 80 degrees.

Since this temperature range is similar to that of many homes, it makes an ideal house plant.  Keep away from cold and drafty areas. 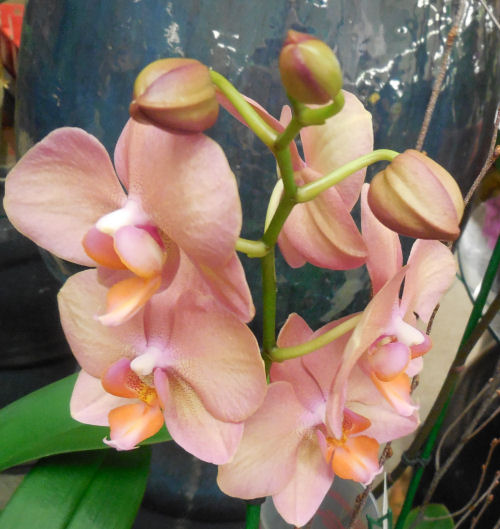 Light Needs
As the sign says above. Bright light is it. They will grow well with a window which has eastern exposure.   Do not let too much sun get to the plant, since it can burn easily, so southern exposures are out.

They need a bit more light in winter months. 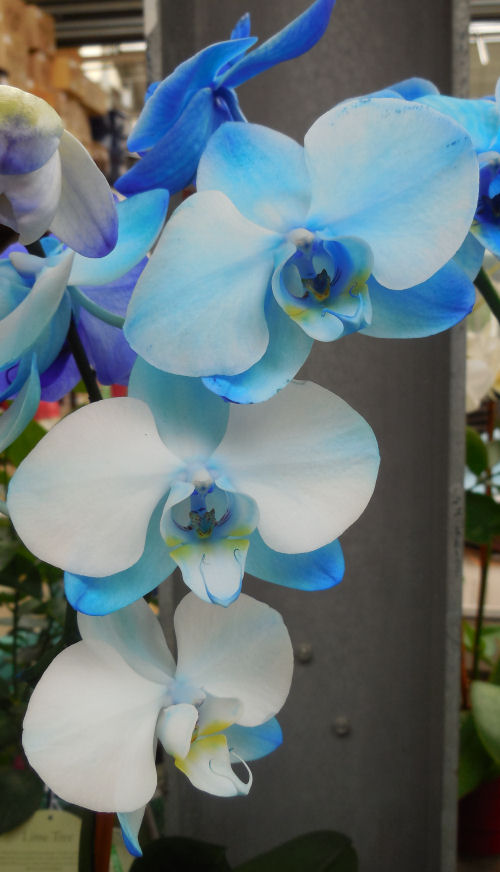 Watering needs
One of the fastest ways to kill an orchid is to over water it.  That is why the three ice cubes once a week regime is so great.  The gives a pre-measured amount of water reaching the soil with a slow drip process.

Just test your ice cubes a bit first.  They should melt down to about 1/4 cup of water. 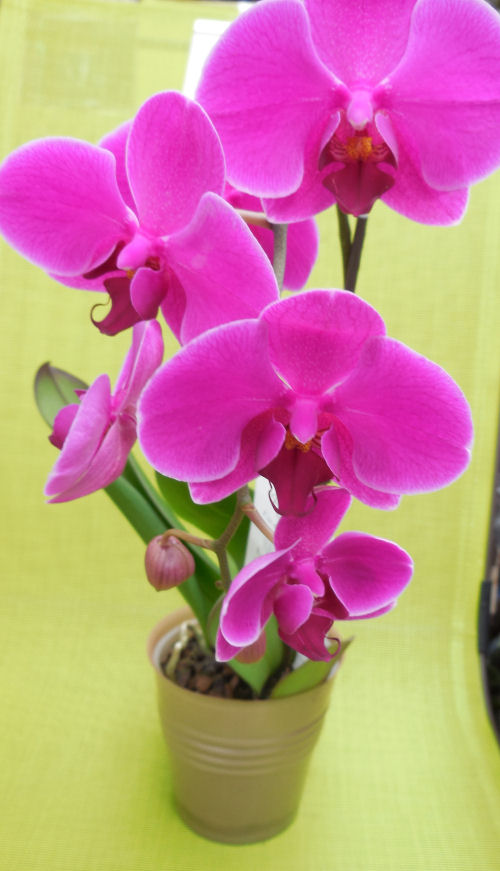 The mix is made from chunk peat blended with western fir bark, hardwood charcoal and coarse perlite for a well draining soil.

Humidity
My main concern for orchid growing was the humidity needs that I had previously heard about.  Phalaenopsis orchids are what is known as a monopodial growth without any pseudobulbs to help store moisture.

It is for this reason that one needs to provide good humidity. 50-70% is considered ideal. However, as long as the plant is kept well watered, it will adapt to a lower humidity.

You might try light misting at first to get it used to your conditions. 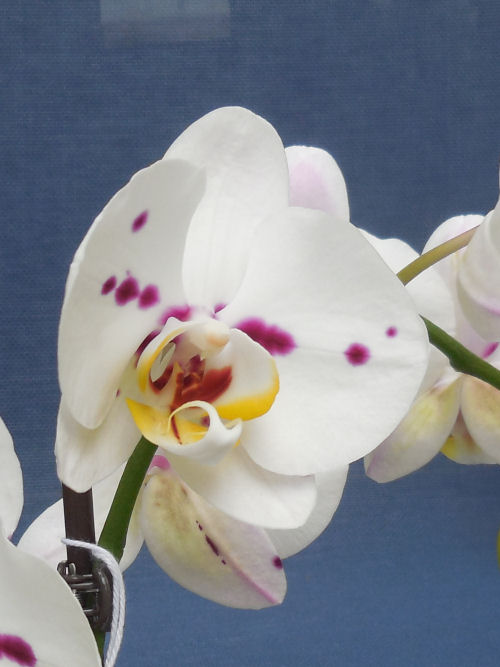 The are one of the longest blooming orchids and produce flowers that last from 2 to 6 months before dropping.  They will also bloom 2- 3 times a year once they are mature. 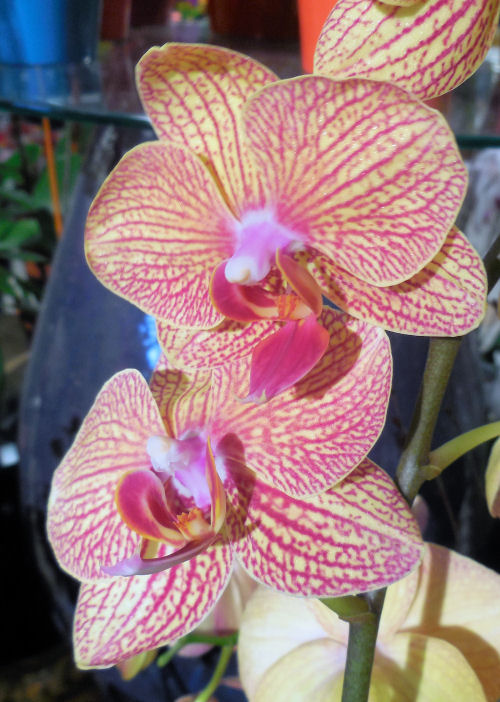 After flower care
Once the orchid has has flowered the first time, cut the stem just above the node where the first flower bloomed.

You may find, to your delight, that a new flower stem will emerge in about 2 months. If no flowers grow, just cut the stem off near the base of the plant where it emerged. 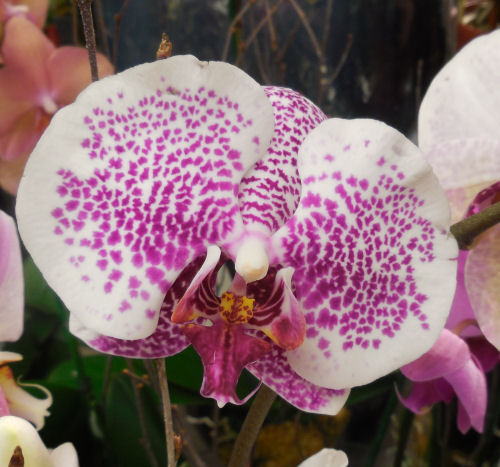 Potting
Phalaenopsis orchids need to be re-potted in the spring or fall.  Use a medium grade orchid mix.

Have you tried to grow orchids?  What has your experience been? Did you find them temperamental or easy to grow? 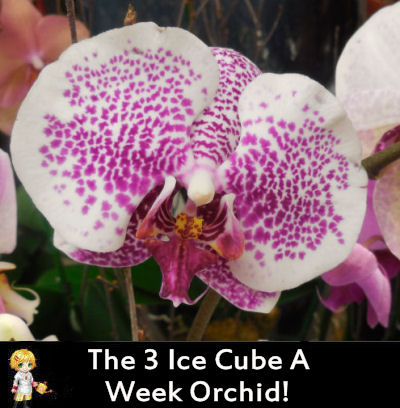