These Paleo Grilled Pork Chops have an amazing flavor that comes from a marinade before cooking and a sauce that gets added once the chops are grilled.

The recipe is summer time cooking at it’s finest. It is one of my favorite gluten free 30 minute meals!

One of my favorite things about summer is the smell of food cooking on the grill. In our neighborhood, you can always tell when summer is here, just by driving home at the end of the day with the windows of the car down.

The whole neighborhood smells amazing from all the grills cooking dinner! 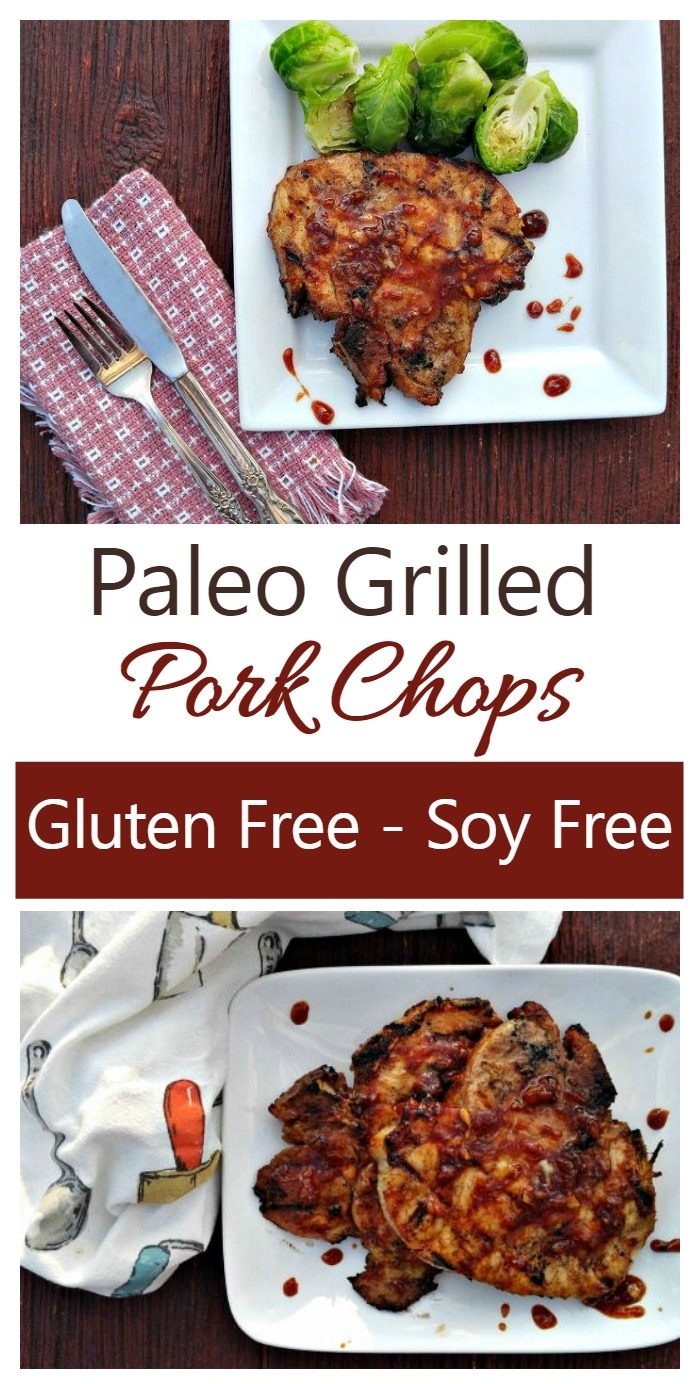 This recipe is gluten free, soy free and Paleo. I’ve been following a clean eating program for several months and have tweaked my marinade to make it super clean but still loaded with flavor. 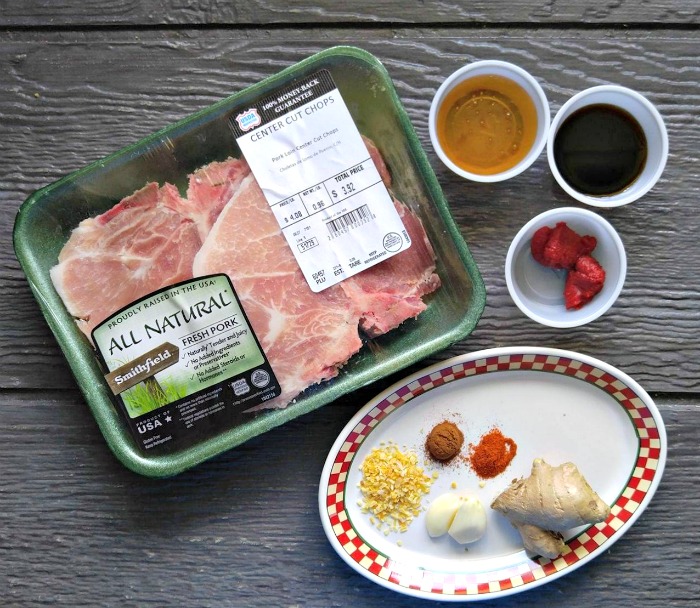 These Paleo Grilled Pork Chops are super easy to make. These spices and flavorings will combine to make a great tasting marinade.

Just prepare your marinade and Bone-in Pork Chops sit in the fridge in it to allow the flavors to combine, and then grill them.

You’ll use half the marinade with the meat and the other half as a sauce later to serve. 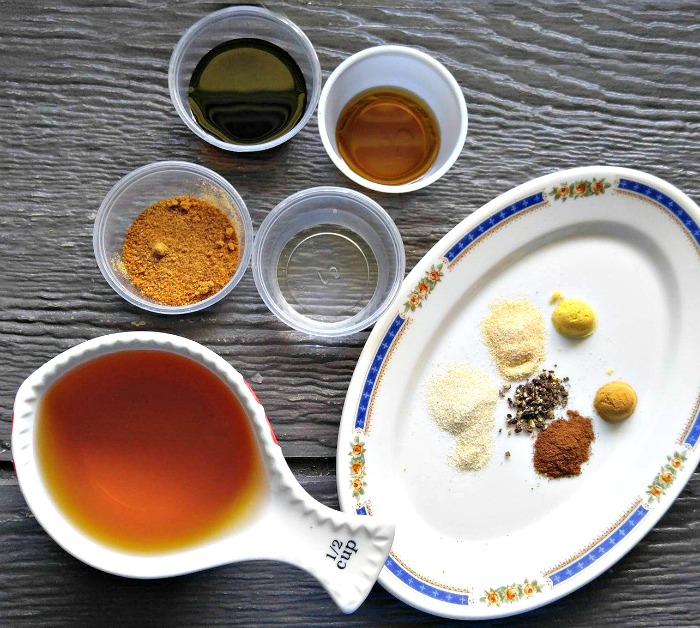 Since I want this recipe to be Paleo, I am not able to use Worcestershire sauce. I’ll make my own version of it easily by combining these ingredients in a large jar and then  give it a good shake:

To this mixture add a 1/4 tsp each of these spices: ground ginger, mustard powder, onion powder, garlic powder, plus 1/8 tsp of ground cinnamon and a pinch of cracked black pepper.

Give the jar a good shake to combine the spices with the liquid ingredients.

Pour the contents of the jar into a saucepan and bring it to a boil. Cook for a minute and store in an airtight jar in the fridge.

I make a big batch of this at one time but use only 2 tbsp for this recipe. It keeps well in the fridge. 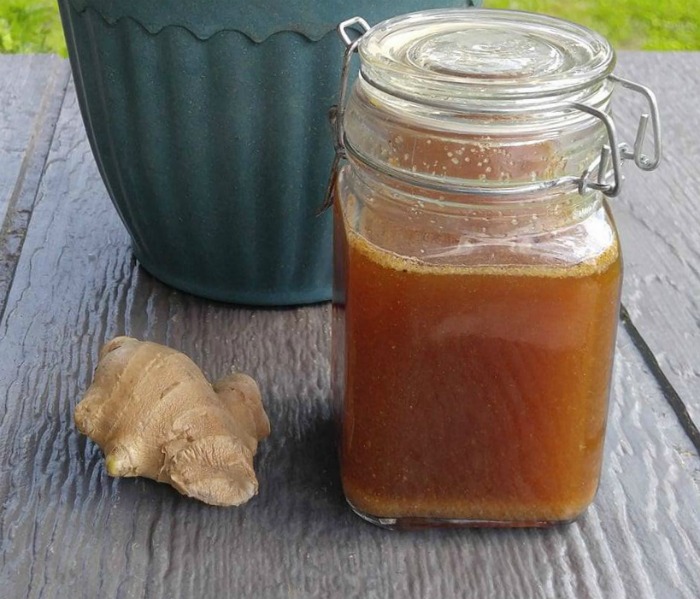 Once you have the Paleo Worcestershire sauce prepared, you will use it to add to the delicious marinade.

Tomato paste, organic honey, fresh ginger and garlic and some spices give it a really full bodied flavor.

Just combine the marinade ingredients and your new Worcestershire sauce all in a big bowl and give it a good swirl. 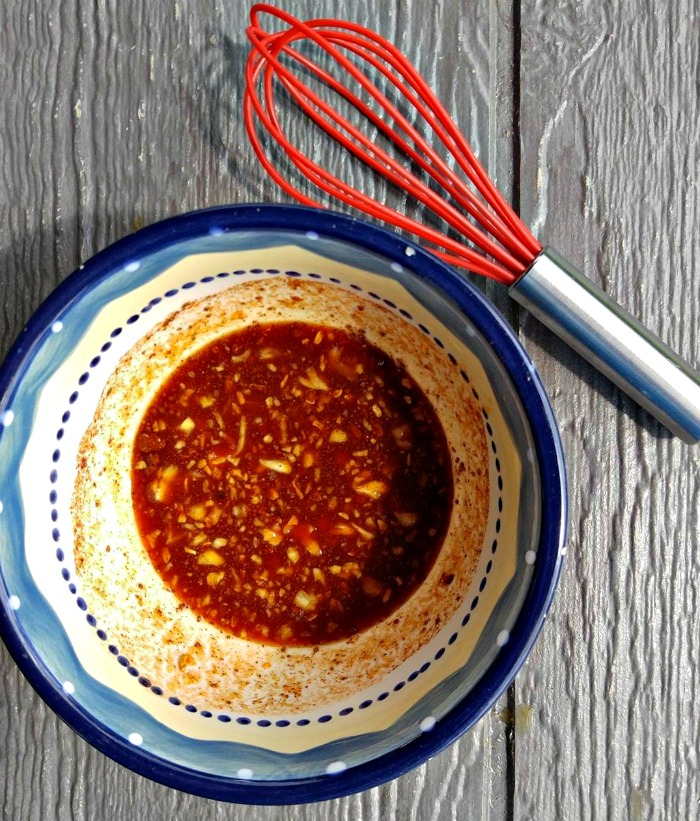 Pour half of the marinade over the pork chops and let them sit in the fridge for about 15 minutes. Longer is fine. Sometimes I make the sauce early in the day and just let them sit until I am ready to grill them.

On to the grill they go for about 3-4 minutes on each side until they are no longer pink inside. 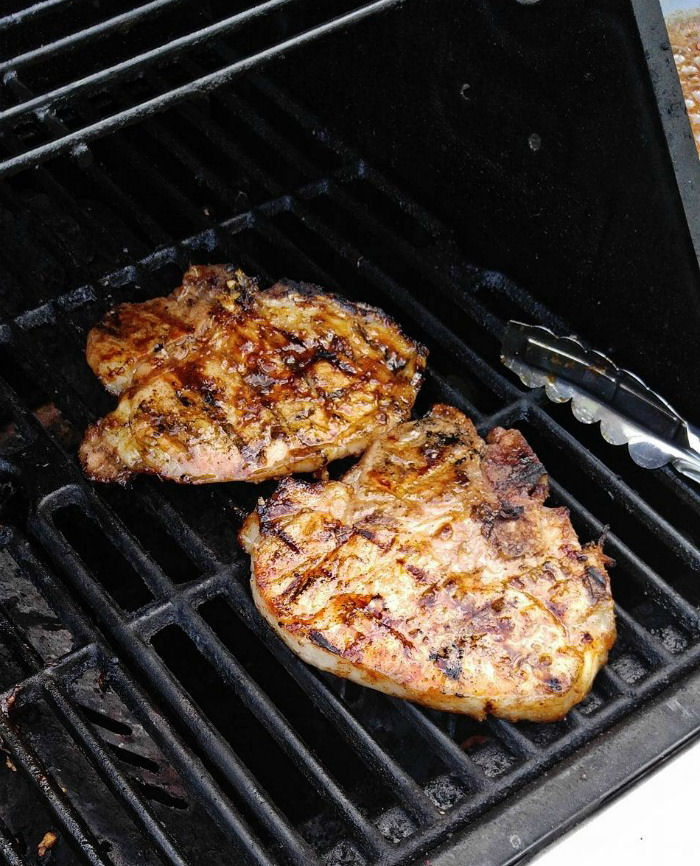 While my husband played grill master with the pork chops, I heated the other half of the marinade and brought it to a boil.

Just a quick whisk until the sauce started to thicken is all that it took – only a minute.

Pour a bit of the sauce over the grilled pork chops and enjoy. You won’t need more than just a tablespoon or two of the sauce on each serving. 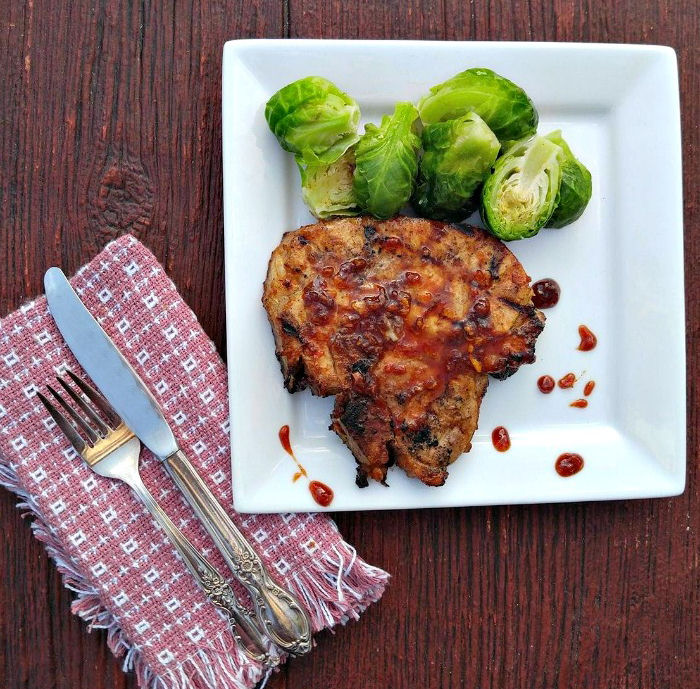 These Paleo Grilled Pork Chops have the most amazing flavor. They are sweet and tangy with loads of fresh goodness from all the spices.

Your guests will all be asking for the recipe! 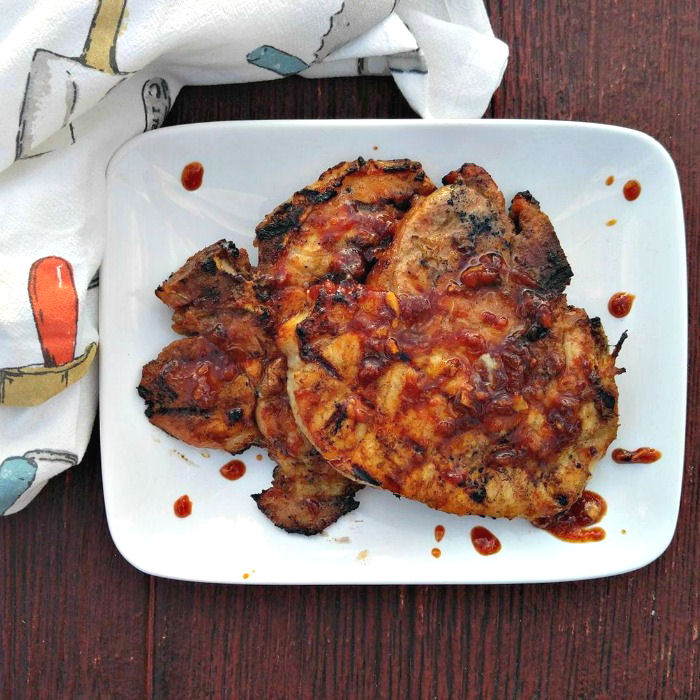 Every bite of these Paleo Grilled Pork Chops will remind you that summer is finally here.

What could be better on a warm evening that relaxing with friends with some good conversation and these Bone-in Pork Chops fresh from the grill? 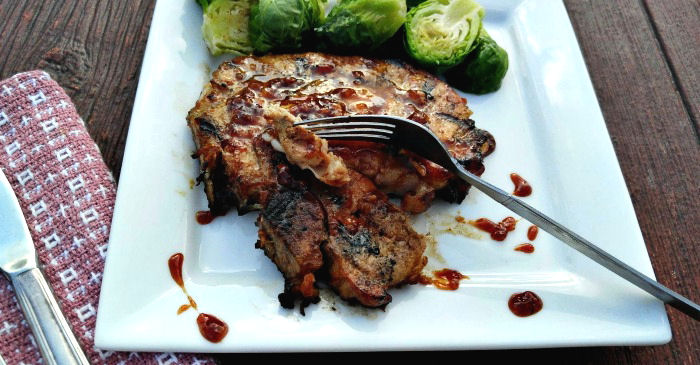 Do you think that the marinade would be good for grilled chicken too?

Hi Lori, Yes, I have used it on both! Carol

These look so tasty. I'm definitely going to be making these on the traeger!

These look so good! I'm always looking for foods that we can all enjoy. Some of our family members can't have gluten or soy, so these would be perfect.

It's funny how a simple thing like making Worcestershire sauce can change a whole recipe to make it fit an eating plan! Carol

These grilled pork chops sound amazing, and I'm seriously debating making them for dinner tonight! And what a fun idea to create a paleo-friendly Worcestershire sauce, too. Thanks for sharing! #client

My pleasure David. Glad you liked it! Carol

One of my closest friends keeps looking for new recipes and they have a BBQ in their backyard. She often prepares grilled food. I am sure she will love to try out this recipe as she often hosts parties for family and friends. I am going to share this recipe with her.