Plants that close their leaves at night are interesting to look at, but have you ever wondered why they do this?

Have you ever walked out into your garden in the early morning, or early evening and seen that the leaves or flowers of some of your favorite plants are closed up?

Don’t worry – there is nothing wrong with them. It is just nyctinastic movement at work.

Plants that open and close their leaves or flowers when day changes to night are called nyctinastic plants.

Read on to find out more about nyctinasty. 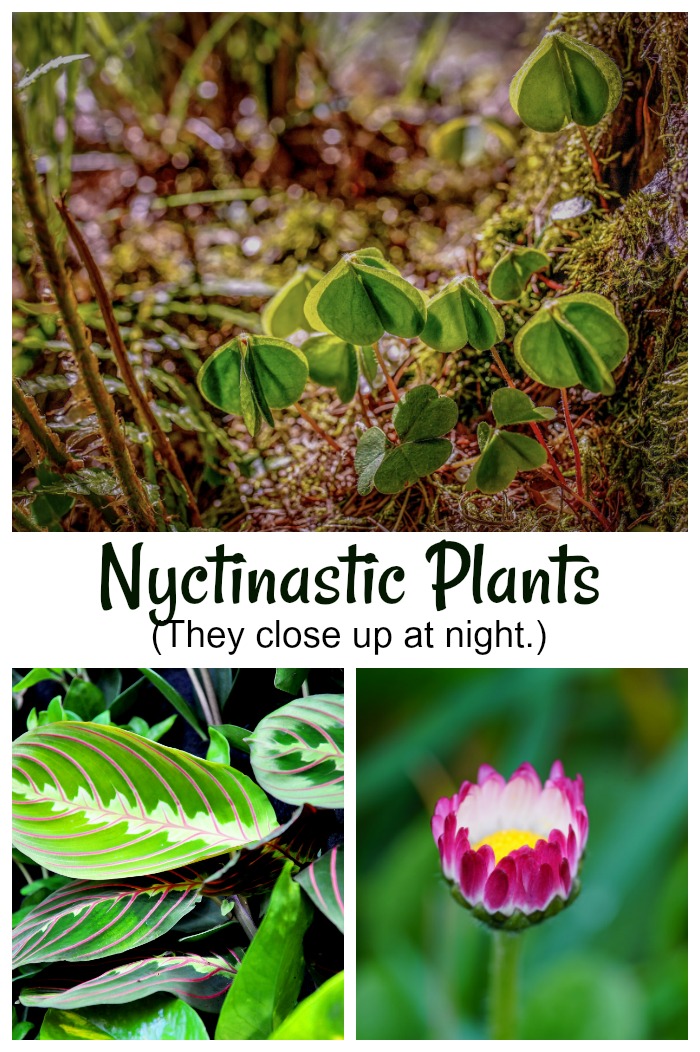 Why do plants close their leaves at night?

Plants move in different ways. For some it is just a “blowing in the wind way.” But for others, the movement is intentional, as in plant tendrils grabbing poles to climb on.

Another example of plant movement is nyctinasty – closure of the leaves entirely. 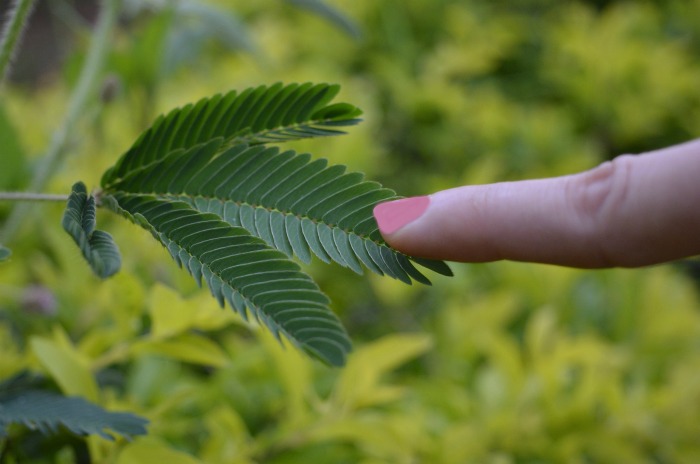 Nyctinasty is the movement of leaves and some flowers that happens in response to changes around them.

Think of it in human terms and circadian rhythms.  We sleep in response to the change of night and day but plants don’t sleep. They just take a little breather from the light.

Types of nastic movement in plants

Nyctinasty is just one type of nastic movement in plants (reversible and repeatable movements in response to stimuli that is part of a plant’s make-up.)

The Venus fly try eating bugs is another example of nastic movement in plants.

List of plants that close their leaves at night

Not all plants close up in response to low light. Those that do fall into the category of annuals, perennials, vegetables and more. Here are some plants that do: 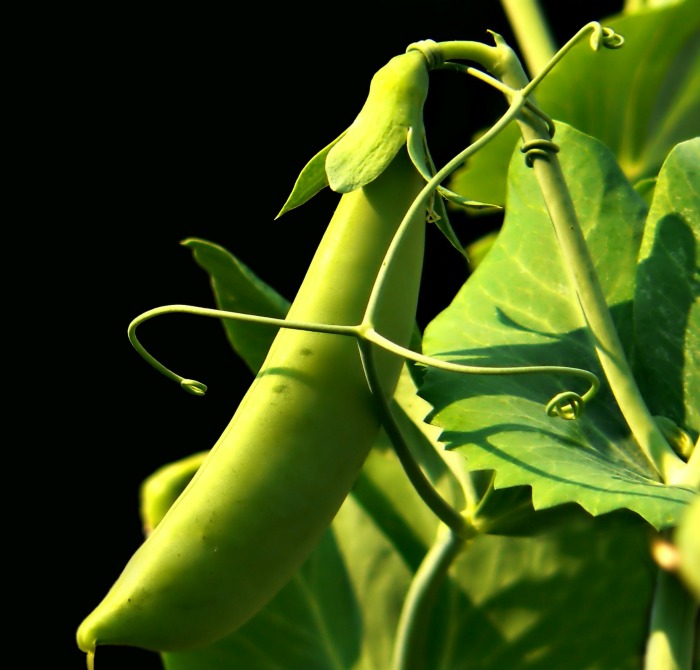 The legume or pea family has many members that close up their leaves or flowers at night. Some example are:

Flowering plants that are nyctinastic

Many annual, perennial and bulb plants have leaves or flowers that open and close in response to light. Here are a few examples: 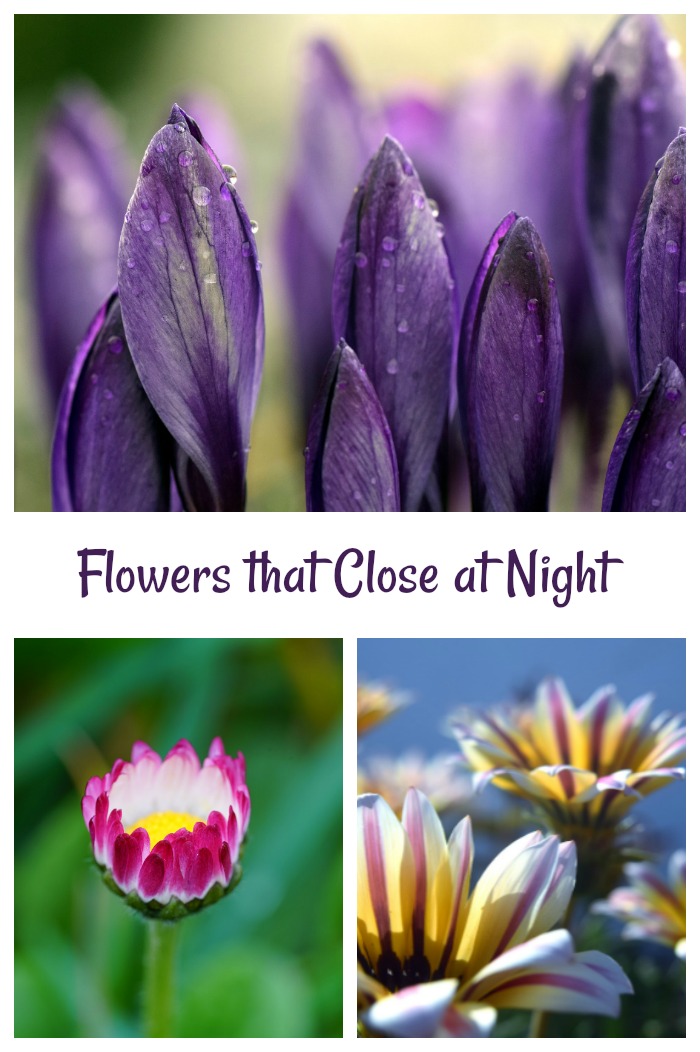 Here are a few trees with nastic movements in response to light: 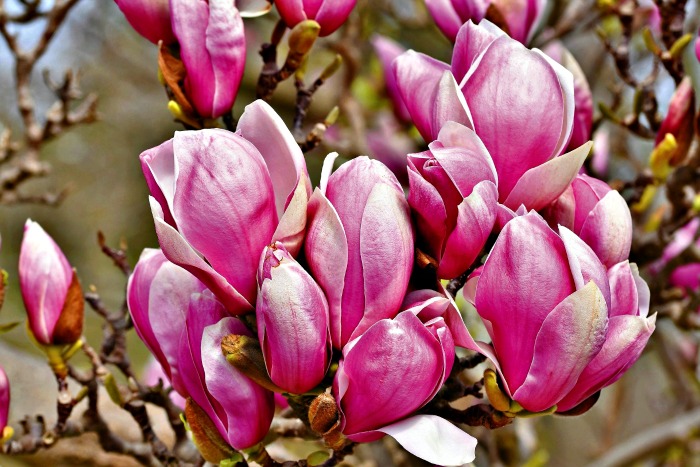 Houseplants and Tropical Plants that close up their leaves at night

There are several tropical plants are commonly grown as houseplants in less temperate hardiness zones. Some have the habit of closing up at night. One popular one is the prayer plant. 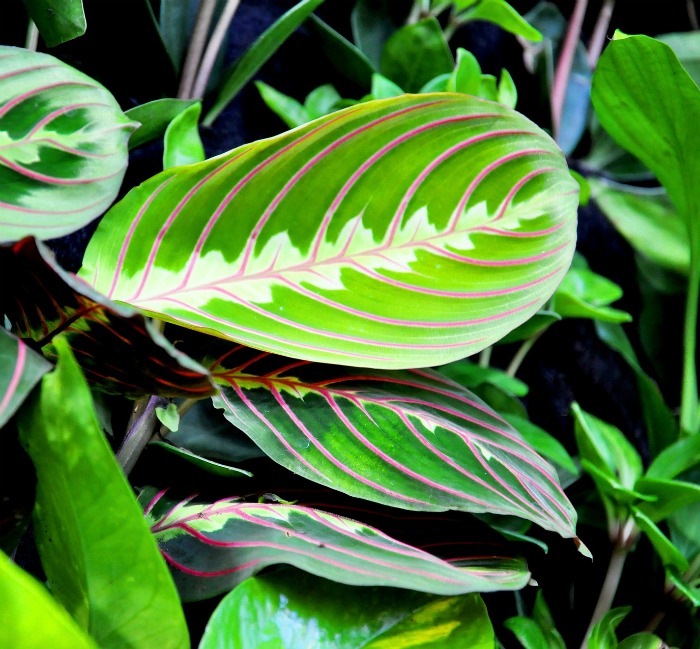 The whole Arrow root family of which Marantaceae is a member all close their leaves at night. Maranta, also known as the prayer plant.

Have you experienced other plants that open and close their leaves or flowers in response to day and night? I’d love to hear about it in the comments below.

Pin these Nyctinastic Plants for later.

Would you like a list of these plants that close up at night? Just pin this image to one of your gardening boards on Pinterest so that you can easily find it later. 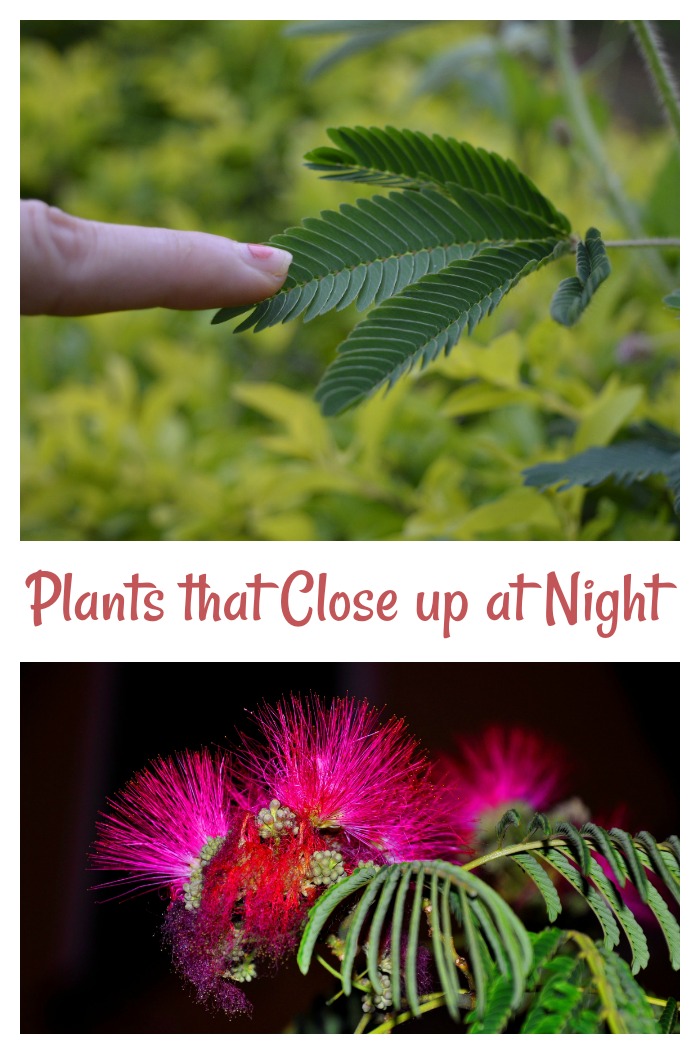 I propagate hundreds of Pride of Barbados plants, and they also close their leaves at night.

Interesting. I have those little senegalia senegal trees I thought I was preventing them from sleeping by keeping the LEDs on until midnight. But I'm not. I guess I learnt a new thing.

I planted 4 seeds only 1 came up but it's not what I planted,the leaves close up when I bring it in when the sun goes down. How do I find out what it is

You local department of agriculture might be able to help.

My datura (moon plant) closes up its leaves at night. I just noticed it.