Newspaper is a great product to use to control the weeds in your garden.  It is beneficial in both flower and vegetable gardening. The newspaper adds a barrier that keeps weeds from growing. It retains moisture in the soil and adds organic material as it breaks down. The worms just love it!  Making newspaper mulch is simple and so beneficial 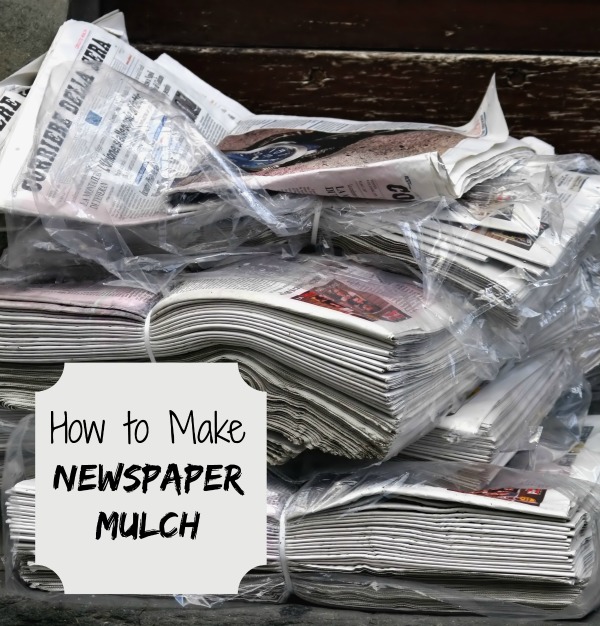 Newspaper Mulch Adds to your Soil As It Degrades. There are lots of ways to use newspaper as a mulch to control weeds outdoors without using poisons.

Please note that newspaper is high in carbon, so it could temporarily reduce the amount of nitrogen in the soil. This could affect new tender seedlings by making them turn a bit yellow.  You can just add a spritz of organic fertilizer if this is the case.

While organic mulches are great at keeping weeds at bay, they can also attract insects such as crickets and termites. Because of this it is important not to use it near the foundation of the home.

This included newspaper mulch and normal ground cover mulch.  I’ve never had a problem with it but have heard that it can be an issue.

Try to leave at least 6 inches of space between the mulch and your foundation. This space can be filled in with gravel or stones for a neater appearance.

Some people worry about the lead in newspapers.    This is not really a concern now.  It has been decades since most newspapers got the lead out.  Also, the amount of hydrocarbons in colored ink is insignificant, so you can use glossy inserts too, although they will not break down as quickly.

Unlike landscape material which is not a natural material, the newspaper will completely break down in your soil, and it is so much less expensive, so give it a try! 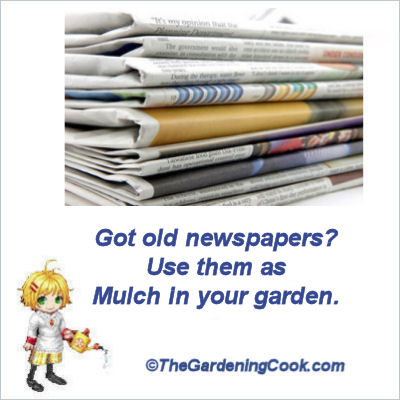 If you want to treat weeds in your garden but don’t like using chemicals, try this vinegar weed killer.

Have you tried to control weeds with newspapers?  How did you make out?

I tried the newspaper and mulch, now I have a cricket farm and they are all over the place. I wish I had known this before, I would never have done it because now I have to fight the crickets off from my house, because there are so many of them.

Hi Patricia. I've never had a problem with newspaper mulch attracting anything other than earthworms (which are beneficial.) I will add a note to the post to warn others of your experience, though. Thanks for pointing it out. Carol

Hi Margaret. I have not found this to be the case in my garden.