A Moscow mule is a buck or mule cocktail made with vodka, ginger beer, lime juice, and garnished with a slice or wedge of lime.

The terms buck, or mule are used to refer to historic drinks that contain ginger beer, or ginger ale, along with a citrus juice and some kind of spirit. In the case of the Moscow mule, the spirit is vodka.

Often, you will be served a Moscow mule in a copper mug. 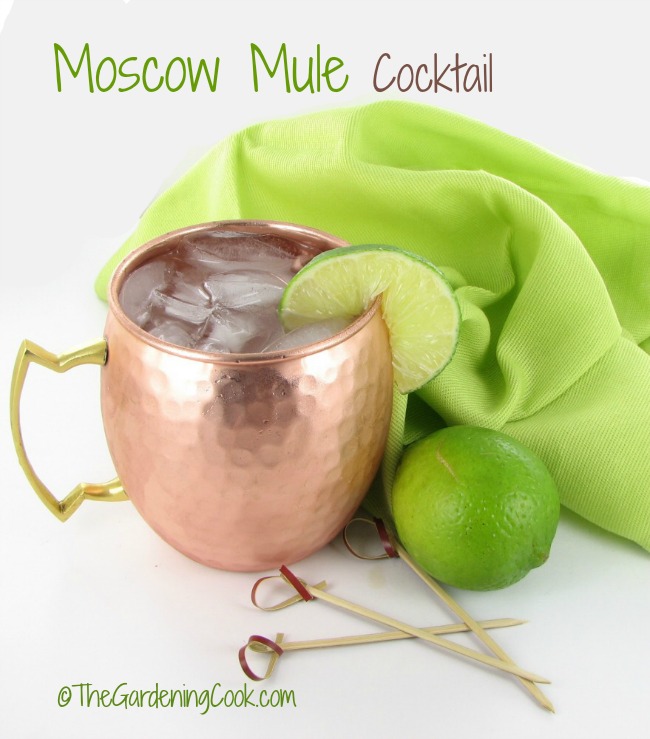 If you were an adult in the 1950s, you may remember that drinking vodka became a craze in the US. Even though the vodka craze is not as great as it once was, Moscow mules are very popular with the younger drinking crowd.

There are a couple of claims as to the origin of the drink.

One claim is that the drink was invented in 1939 by two men – John G. Martin, of G.F Heublein Brothers, Inc, a food and spirits distributor in the east coast of the US, and “Jack” Morgan, president of Cock ‘n’ Bull Products.

This was a company that produced Ginger Beer and owner of the Cock ‘n’ Bull restaurant on Sunset Blvd in LA, a very popular restaurant with celebrities of the time.

Another claim is that in 1941, the head bartender at the Cock ‘n’ Bull, Wes Price, needed to unload stock of both Smirnoff vodka, and house made ginger beer that wasn’t selling.

Restaurants now serve Moscow Mules in all sorts of containers, but the traditional (and best, in my opinion) way to serve it is in a delightful copper mug.

It gives the drink an earthy look at seems to pair well with the ginger beer taste. 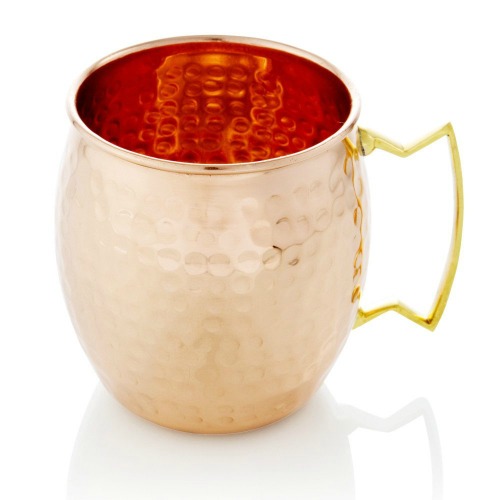 Copper mugs with brass handles don’t transfer heat from your hand like a copper handle does, so the drink stays colder longer.

What better vessel could I use than this neat looking mug for a traditional Moscow Mule cocktail recipe?

To make the drink, you will need the following ingredients: 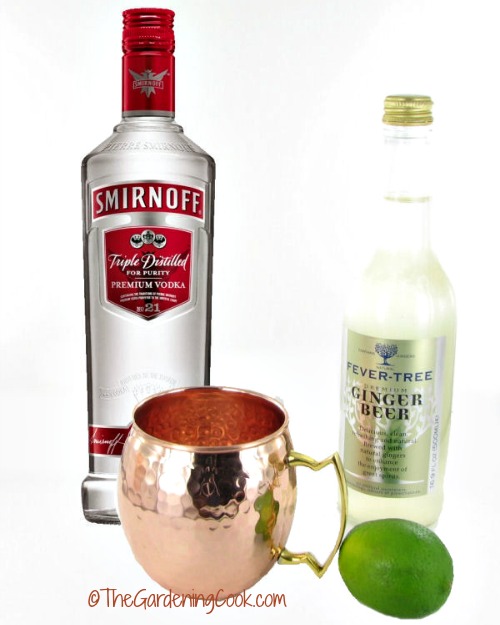 The drink is super fast to make. Just add the lime juice, vodka and ginger beer in a copper mug over the ice and garnish with a lime wheel.

No straining, or shaking is needed.

If you are looking for a vodka drink with a bit of a bite, the Moscow Mule combines the clear spirit with ginger beer for a spicy kick.

Lime adds a touch of citrus to make it a taste that will keep you coming back for more. 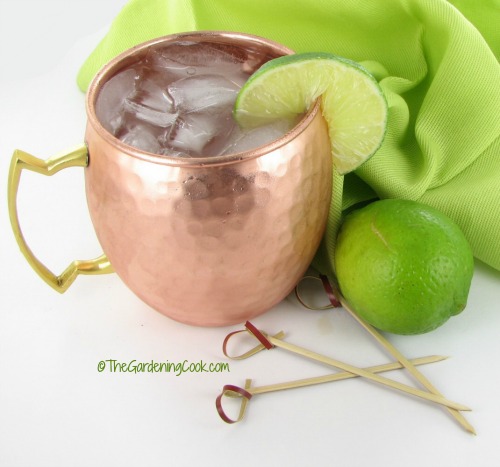 Would you like a reminder of this recipe for the traditional Moscow mule cocktail? Just pin this image to one of your cocktails boards on Pinterest so that you can easily find it later. 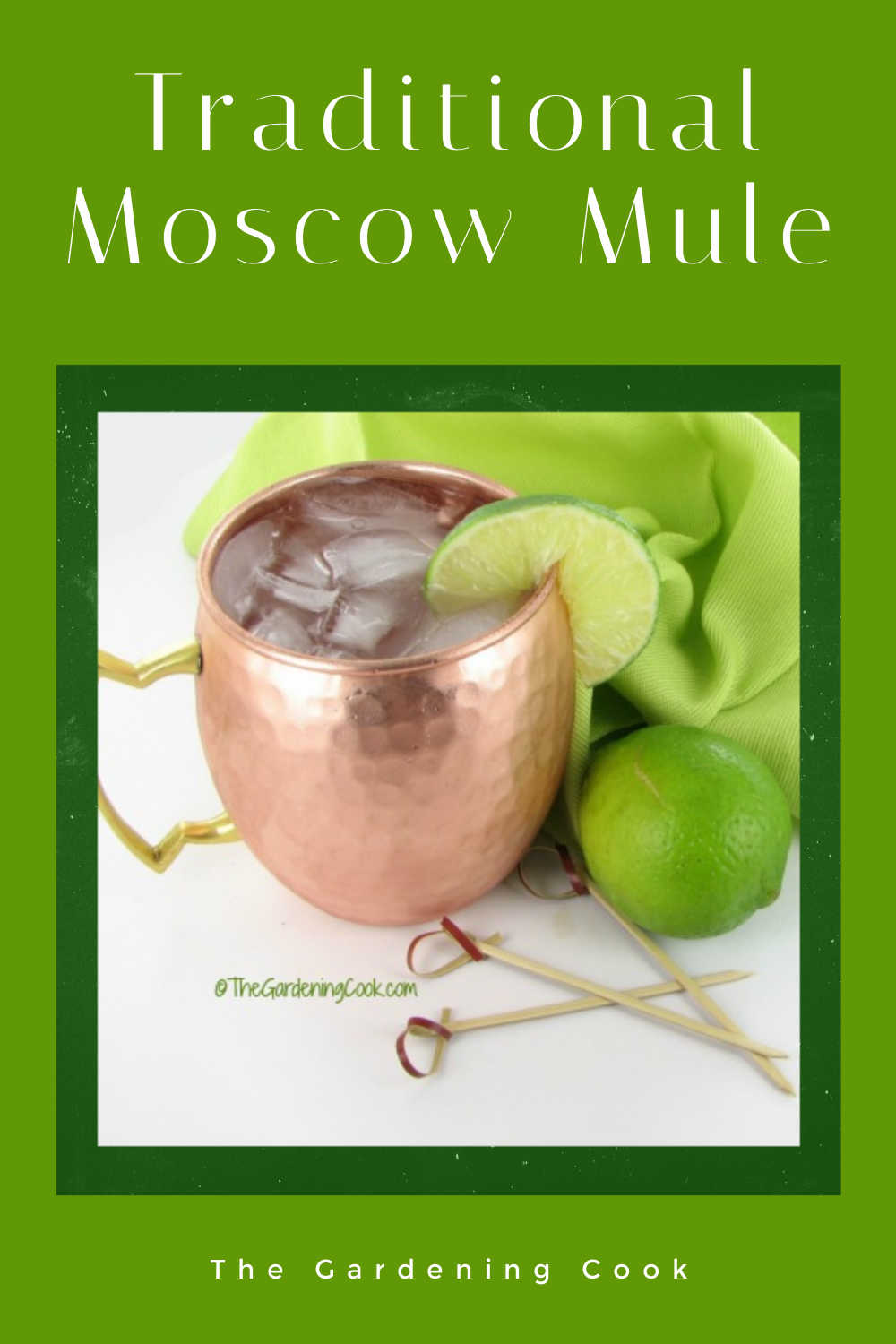 Admin note: this post for the Moscow mule recipe first appeared on the blog in March of 2015. I have updated the post to add new images and a printable recipe card.