Baptisia Australis perennials are rugged and easy to grow.  Their lupine-like spires of bloom are real attention getters and they have season long interest from foliage too.   They are also often referred to as wild indigo. 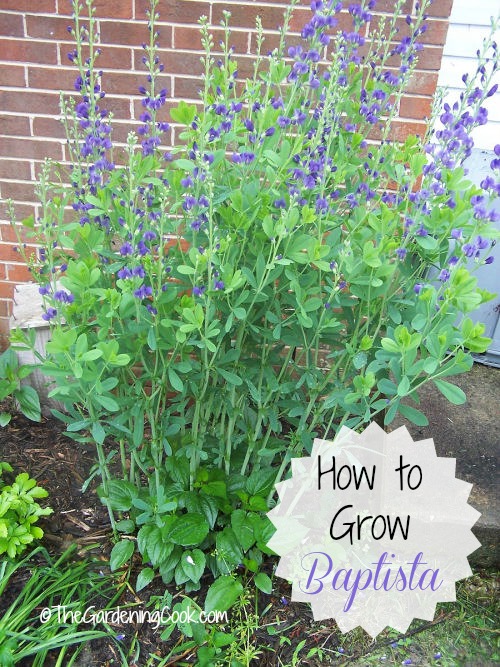 Baptisia Australis is Easy to Grow

I have transplanted divisions of my original small plant many times in my garden and now have several really large bushes of it in many of my garden beds.  It grows into a full size shrub in no time at all.

Most people grow Baptisia for their eye catching flowers, which come in white, blue, yellow and purple, but flowers are only part of their appeal. They are tough, almost completely pest and disease free and have a long season of interest even after the flowers are gone.

The bees and butterflies just love it. And even the hummers can’t seem to resist the lovely flowers.

Baptisia is a large plant and it will only bloom once – in the early summer, so be sure to put it somewhere in your garden where the foliage will offer interest later in the year. 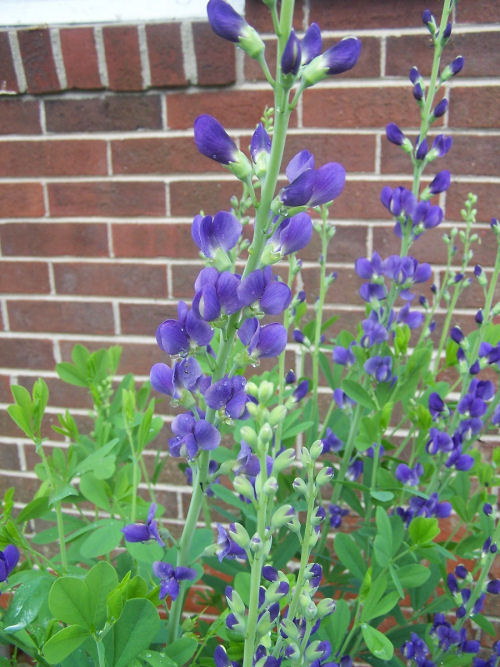 The Perennial Plant Association named Baptisia Australis, or False blue indigo, the plant of the year in 2010. 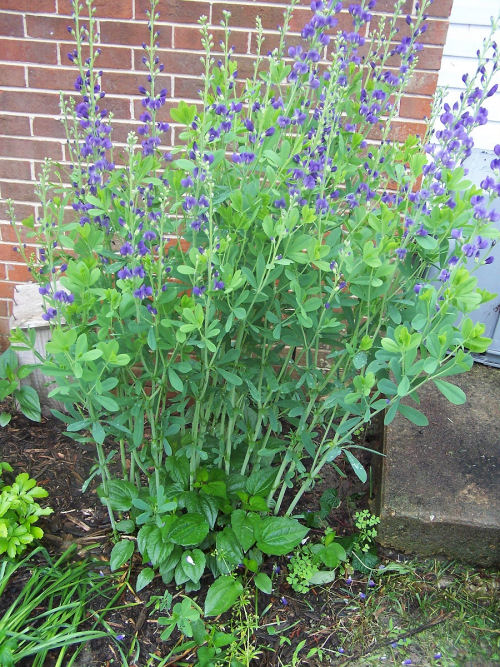 will a hosta root from a leave cutting?

Yes, you can root hosta from leaf cuttings but you have to cut the leaf with a bit of the root attached, and a few small roots is better. Put the leaf with roots in water, change the water frequently until there are enough roots growing to pot up the leaf.

This is not the best way to propagate hostas. Division is best.

I want to know if Baptista, or false blue indigo can grow in the presence of juglone from a mature black walnut tree. Thx

Hi Ellen. False indigo is one of many plants that can be affected by juglone. Rhubarb, tomatoes, peonies, lilies, asparagus, blueberry, columbine, mums and cabbage are others. These plants should not be planted near black walnuts, as they will grow poorly and may die. Carol

Can you explain how to propagate false indigo from cuttings? When should this be done? Does it take a long time for cuttings to root, grow, and bloom? Thanks!

Hi Sheila. I normally propagate this plant from divisions since this is a super easy to do it. If you don't have a plant but can get some cuttings, it will take. To propagate them, take 1- to 2-inch tip cuttings from semi-soft or soft growth during late spring or early summer. Dip the cuttings in a powdered rooting hormone and place them pots in a well draining sterilized rooting medium in a shady area. They need high humidity to take.Enclose the pots in clear plastic and insert stakes to keep the plastic from touching cuttings. Mist the foliage once a day, if you can. Pot the cuttings up after they have rooted—which generally takes about four weeks. Carol