It is nearing the end of 2013. Time to take stock of what worked for the past year.

Anyone who blogs in a serious way seems to pay attention to the statistics that one can find on sites like Google Analytics or other sites that tell the site is doing.

It is good to know which topics are getting seen, where the website’s traffic comes from and other statistics like these. 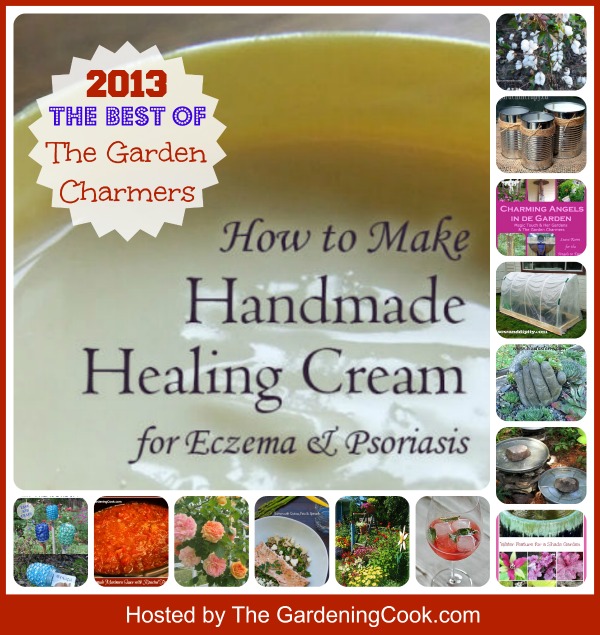 The Best of the Garden Charmers

I asked The Garden Charmers, (a group of very talented ladies who love to cook and garden and decorate,) to share their top posts.

When I asked for submissions, I was looking for  posts which had received a lot of traffic, or those that were commented on a lot in social media such as Facebook.  I was always interested in posts or images that had been re-pinned a lot on Pinterest.

And for some of the ladies, their submission is just one that they found  special for various reasons.

As usual, the ladies did not disappoint.  The submissions were a wild range of interesting topics that they felt deserved a second visit.  This has been my most interesting round up to date.  I thoroughly enjoyed learning what “made everyone’s post tick!”

The posts were submitted by the following Garden Charmers:

Grab a cup of coffee and read on to see what the Garden Charmers are so proud of on their websites.  I am truly impressed with the creativity of the ladies in our group. 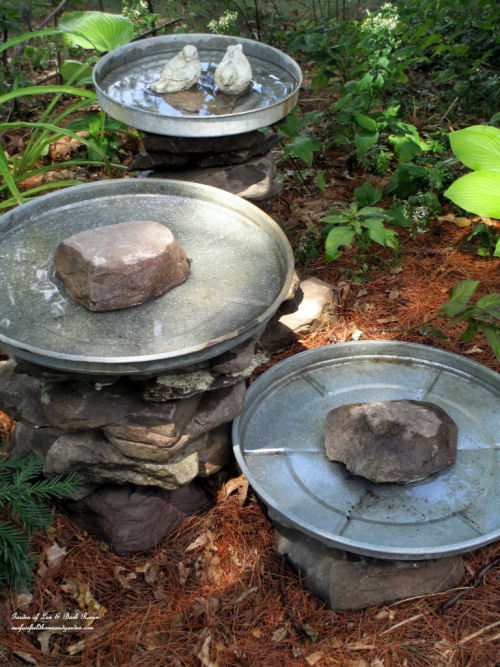 Barb from Our Fairfield Home and Garden made great use of some left over stone in this DIY project for Stacked stone Birdbaths.

I can see why it is so popular on her site.  Birdbaths are kind of pricey and this project makes use of trash can lids for the bath part.  Very clever indeed! 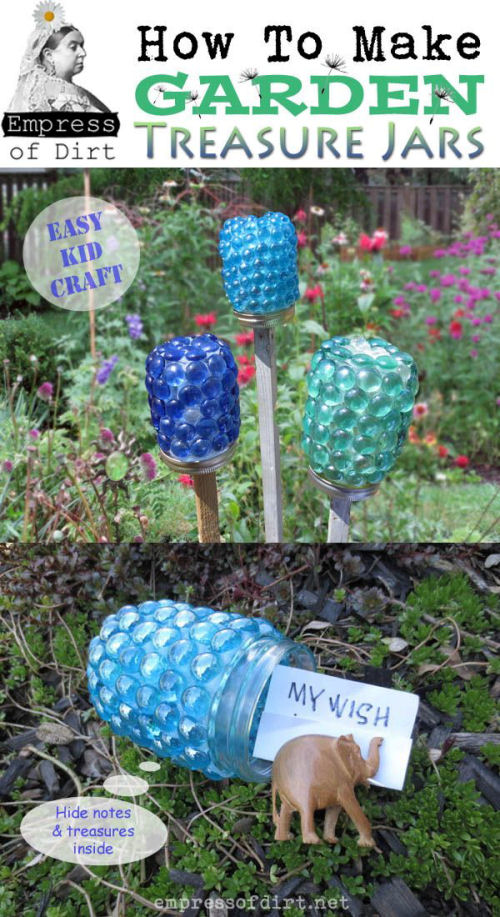 It is easy to see why this Garden Treasure Jars DIY project by Melissa at Empress of Dirt is such a hit on her site.  Not only do the jars make great garden decorations, but the kids will love the idea that they hold “treasures” inside.

Melissa says that this is not her top post.  In fact it is ranked #4, but what makes it so special to her is the response that she got from her fans.

She said that when she first posted the article she had so many emails that it took her five days to answer them all, and they were from little kids all the way up to grandparents.

How wonderful is that? 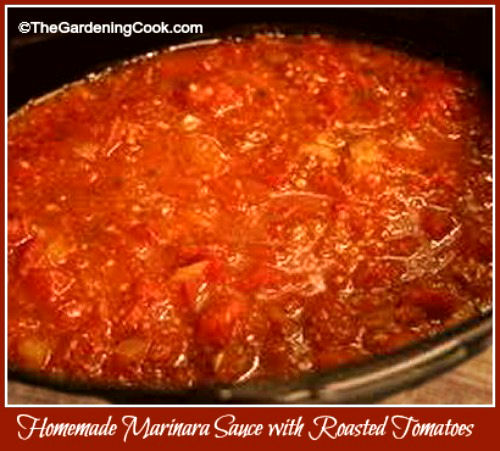 I posted the recipe on July 22, and it has had over 92,000 views in just four months.  The secret to the success is that I roasted my own fresh tomatoes for the sauce, plus the fact that it is just plain delicious! 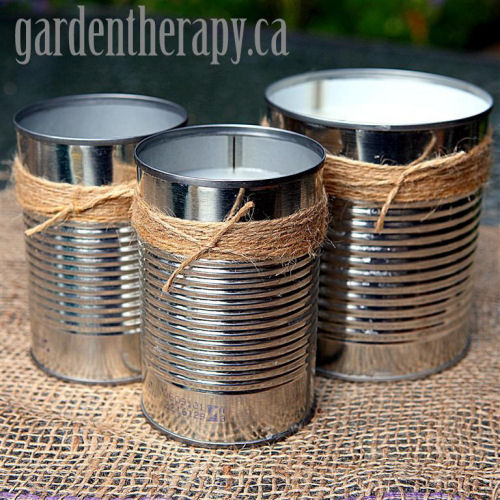 Stephanie from Garden Therapy says that this DIY tutorial for Citronella Candles has been pinned 224,000 times on Pinterest. What an achievement Stephanie.  It seems that people what to get rid of the bugs, big time!

This pin is just one of those that shows her candles and it has been pinned 83 times.  (multiply that by more and more pins as each person shares with their followers, and you can see how the 224K repins happens!) 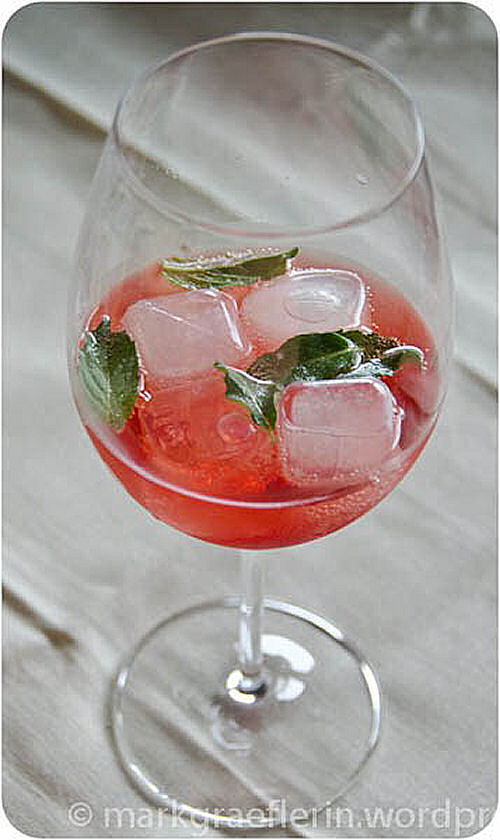 Karin from Lebensart im Markgraeflerland  loves to cook and she has a very popular Campari cocktail that has been a hit on her site.

Karin says the cocktail has had 6200 views in 6 months.  I also sometimes have cocktail recipes and I know how amazing that number of views is.  It is hard to get traction on a drink recipe, so 6200 views is quite an accomplishment.

The recipe is in German on her site, but you can translate it here. 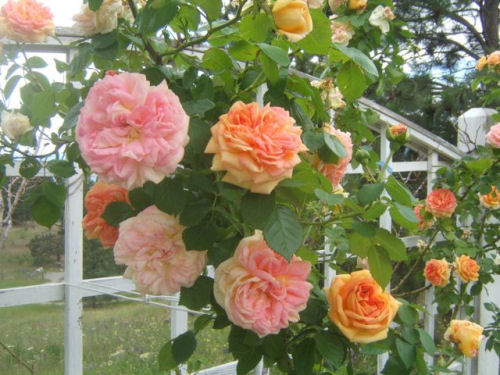 Lynne from Sensible Gardening and Living has a lovely article that features peach colored flowers. Lynne says that she got 39 Google plus shares.  (that may seem like a small number but I find Google plus hard to get shares so it is very good indeed!)

She also said that the men on Google plus all commented but they can’t tell the difference between orange and peach.  (I can believe that!) It is amazing that Lynne got the men commenting at all – especially about peach flowers! 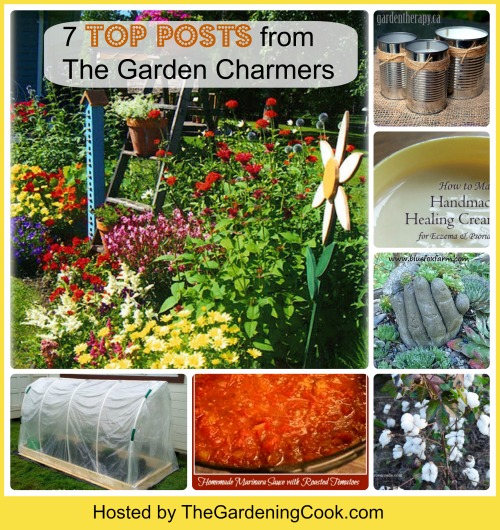 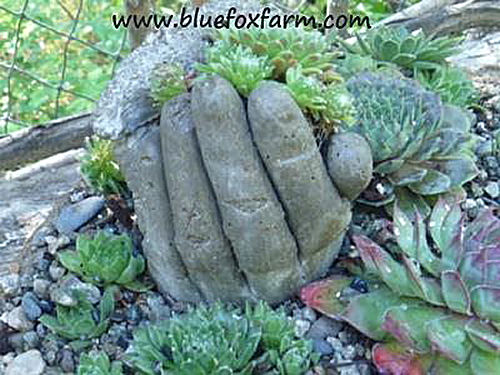 Jacki from Blue Fox Farm specializes in growing succulents. She made this hypertufa hands planter and they are just perfect for her sempervivum.

I shared this photo on my Facebook page recelty, and it got a great deal of comments and shares.

Jacki says that she has even been asked to make and ship these planters to people who read her blog!  Jacki has several pins on Pinterest featuring these pins and they are being highly re-pinned. 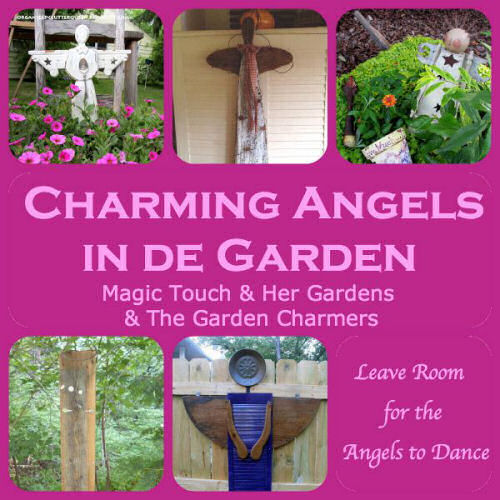 Judy from Magic Touch and her Gardens has only had her website operating for a few months.

What a treat it is to know that her most popular article is a round up that she did on Angels in the garden for our Garden Charmer group.   And even more special is that Judy is an angel of a person herself. Be sure to visit her website and help it grow! 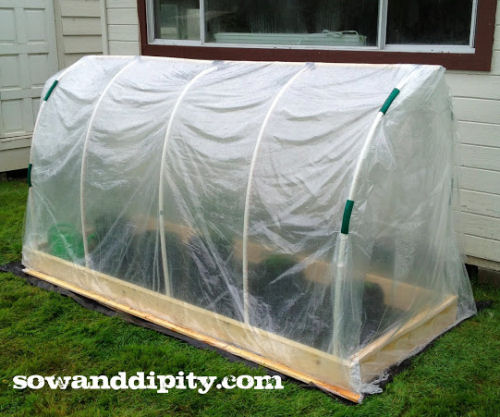 Shelley from Sow and Dipity says that this post on her website for a DIY greenhouse has gotten a lot of traffic.  I can see why.

This project only costs $50 to make and can be done in just over an hour.  Shelley’s tutorial is easy to follow and makes me eager for spring! 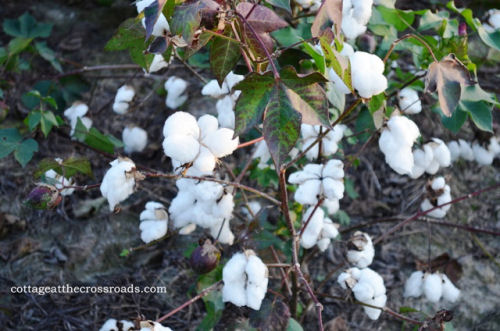 Jane from Cottage at the Crossroads submitted this post called “It’s Cotton Pickin’ Time.”  Jane says it got a great deal of traffic.

The article is so interesting.  It has lots of info about cotton growing in the south, some background information about her ancestors, and even a DIY wreath tutorial using cotton.  It is no wonder the article is so popular with her readers with that much info in one post.

Jane said that after she posted her article, she had numerous requests from readers to send them some cotton since so many people had never seen it in its raw form! 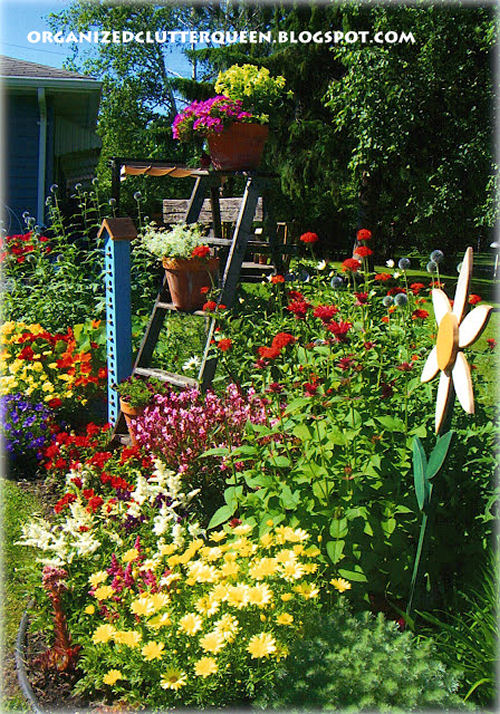 Carlene from Organized Clutter is no longer in the Garden Charmers, but she was when I asked for submissions.  Her post is so special I just had to include it!

Carlene says that her front garden border was part of her proudest DIY  moment – when she learned that her garden border, (20 Years in the making) had been included in Flea Market Gardens Magazine.

I have been working on my boarders for years too, and I know what a feeling it must have been to be included in a magazine.  Well done, Carlene…the border is just beautiful! 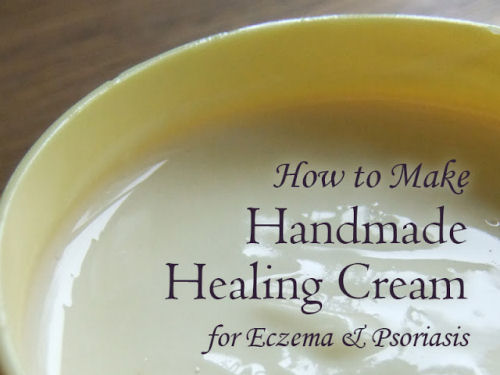 Tanya from Lovely Greens submitted three of her top posts, but when I saw this one for Handmade healing cream for eczema and psoriasis, I knew that I wanted to feature it in this round up.  (I’ve been dealing with problem skin on my hands for over a year, so I want to give this a try.)

After spending over $300 on medicines for my skin problem, it is wonderful to think that I might be able to make a product myself that will help to heal them.

How fitting it is that my last round up for 2013 from the Garden Charmers, has such a wealth of information.  Be sure to visit each of the blogs above so that you can read more of each project and find out a bit more of why these ladies are charming, indeed! 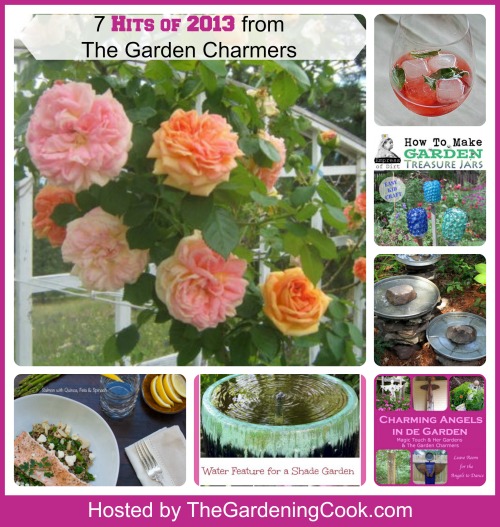 Great round up! So fun to see everyone's top posts :)

Hi Shelley. I had a great time doing the round up. It is fascinating to see what other blog's have as reader favorites. Carol

Jane @ Cottage at the Crossroads

This is a great roundup Carol! After I put up the post about cotton, I had numerous requests from readers to send them some cotton since so many people had never seen it in its raw form. I will be pinning and sharing your roundup this coming week. ~Jane

Thanks for the comment Jane. I updated the article to add this, and it makes it ever more enticing! Carol

Thanks for the call out, Carol! Those hands have been so well received, and shared so much.

My pleasure Jacki, My fans love them too. They are very special. Carol