My husband loves National Geographic nature shows and watches them often.  The other day he told me about a show that he had watched on a phenomenon called frost flowers. 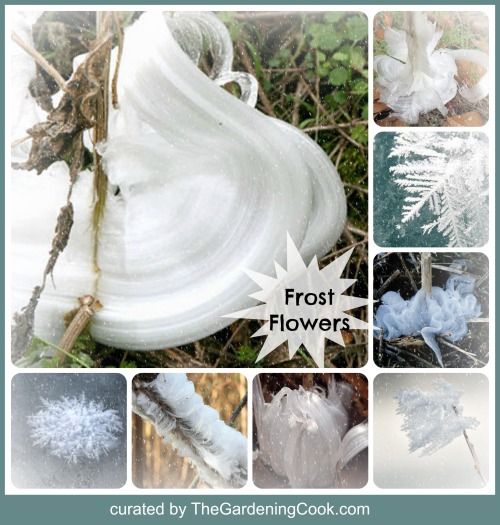 I had never heard of these, so I wanted to research the topic to do an article for the site.  What an amazing phenomenon it is!  The images below show just how lovely they are.

The term frost flower is a name given to a condition in which thin layers of ice are coated on long stem plants in autumn and early winter.  The thin layers make exquisite patterns that resemble flowers. 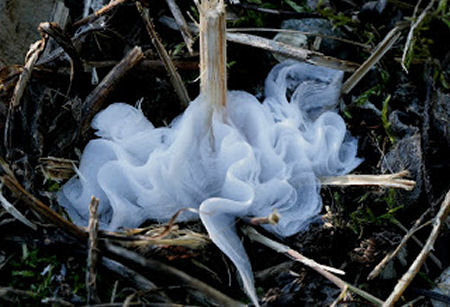 The stems of plants are normally filled with fluid. When this fluid expands and freezes, it drains through the cracks in the stems to form these delightful flowers. 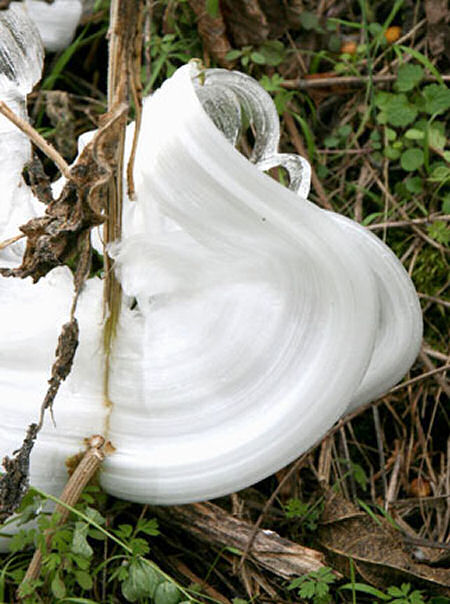 Frost flowers are delicate.  If you touch them, they will come apart.  They rely on cold to stay formed, so early morning or night are the best times to find them, since they will melt in sunlight.  You can also often find them in the shade. 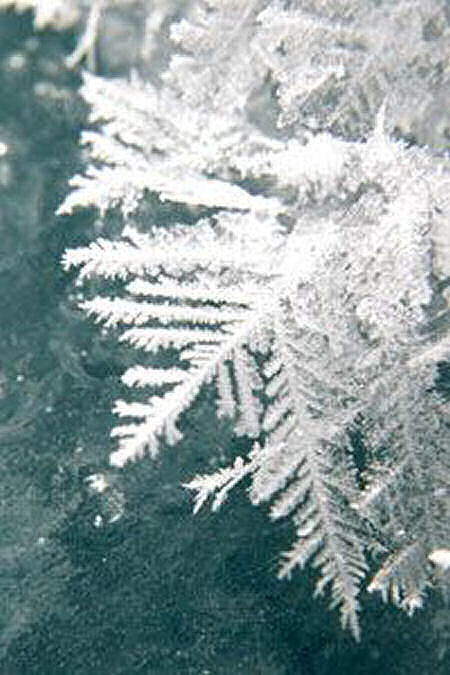 Image shared from University of Leeds

According to researcher Sarah Walker of the University of Leeds in the UK : “The frost flowers can become very salty, because they draw up sea salt from the layer of brine that forms above the ice. And it’s the salt in frost flowers that could be important for climate change.” 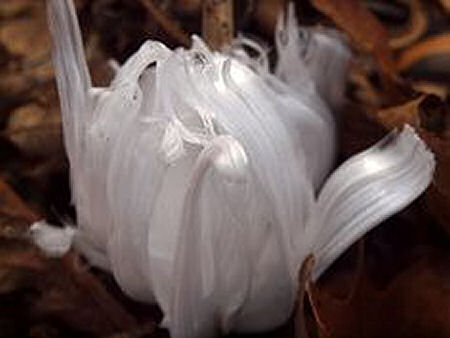 Frost flowers form with the outside temperatures is below freezing but the temp inside the stem is above freezing.  This one looks almost like a tulip! 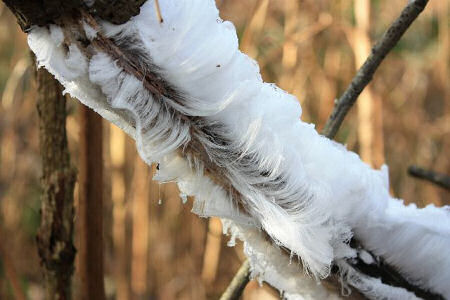 I love the way this one has wrapped the whole branch. It looks almost like an elks foot! 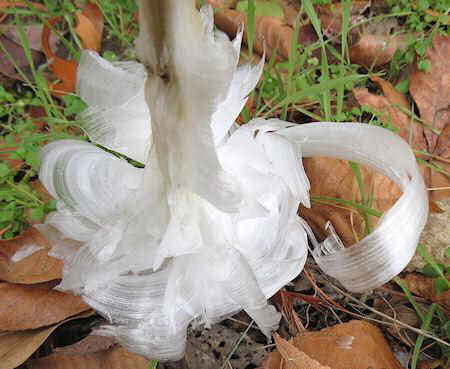 This flower shows how delicate the petals are.  It reminds me of the bark of a White birch tree.

Have you ever come across Frost flowers?  I can’t believe I have never seen them in person!