These pumpkin swirl mini cheesecakes are the perfect compromise for him and delicious to boot! They make a great addition to any cheesecake recipes collection.

One of my mother’s favorite desserts at Thanksgiving is pumpkin pie. I’ve never been much of a fan of a whole pie, (I usually eat just the filling of the pie and leave the crust.

I’m quirky that way…) and my husband doesn’t like pumpkin pie all at so I have to improvise a bit. 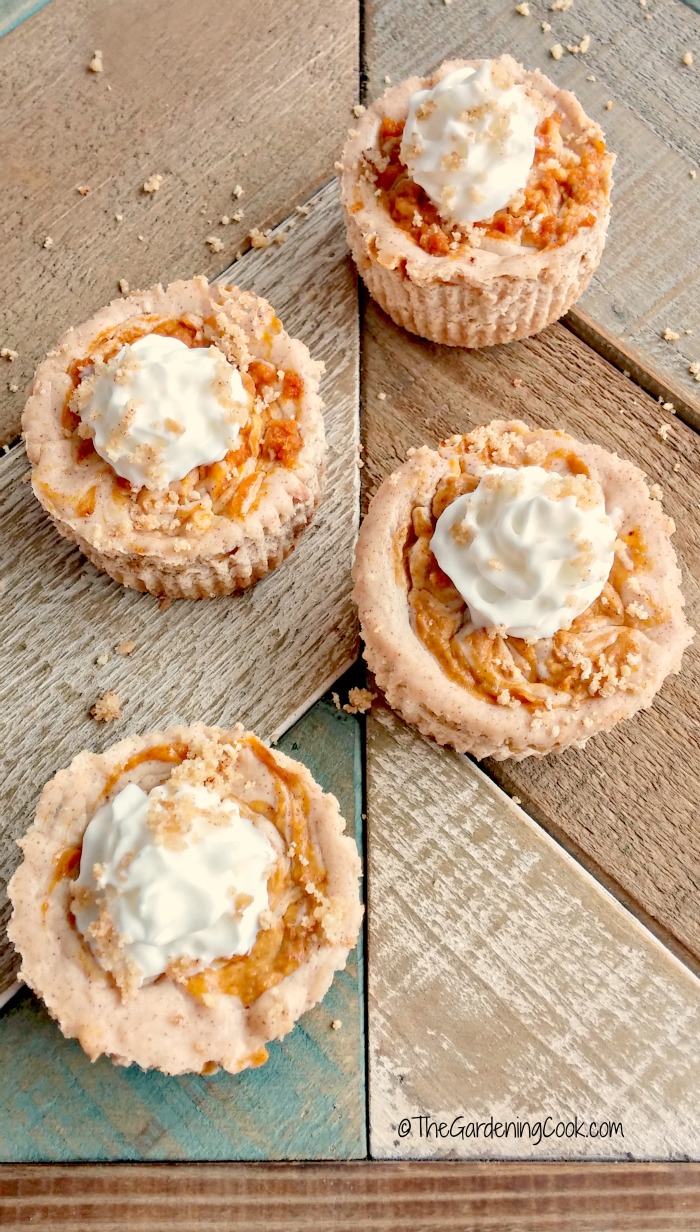 It’s pumpkin time at my house with these pumpkin swirl mini cheesecakes.

These mini cheesecakes are a little piece of pumpkin heaven. They have the goodness of pumpkin all dressed up in individual sizes bites of Thanksgiving fun.

The taste is simply divine.  The little cakes are rich and creamy with a tasty swirl and a savory crumb crust.  They are something that any pumpkin lover will want on their Thanksgiving dessert table. 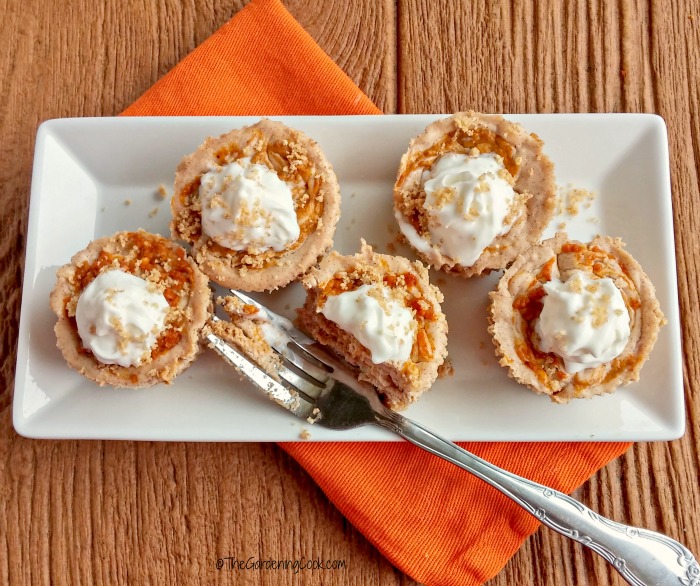 Each little bite of these will remind your guests that fall is here!

They are the perfect blend of cinnamon, nutmeg, allspice and ginger, all blended into one delicious individual sized dessert for your Thanksgiving friends and family. 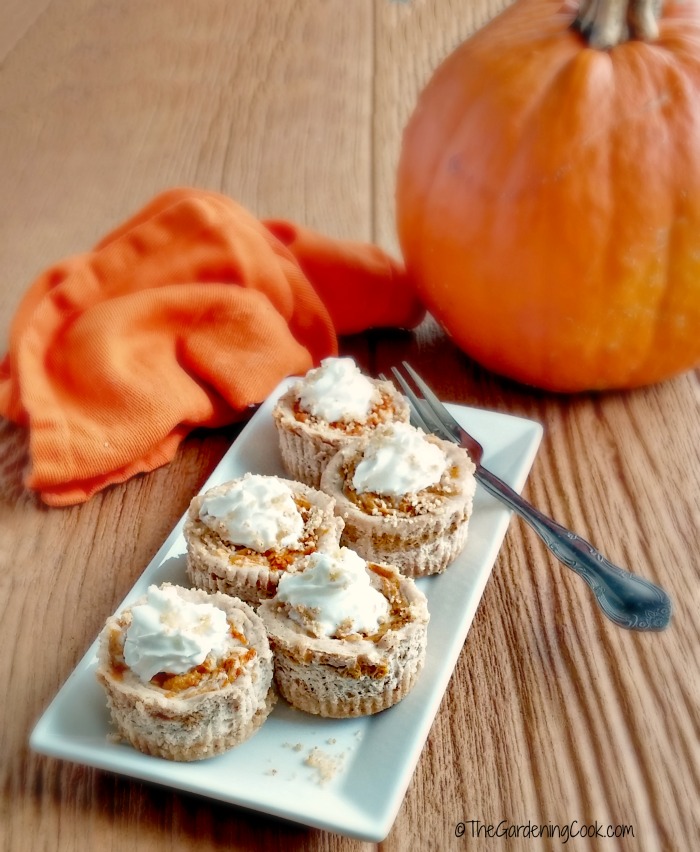 I loved making these little delights.   The crust is so simple to make.  I used graham cracker crumbs already ground up, but you can also make the crust by placing graham crackers in a food processor and pulsing them until they make crumbs and then add the butter and spices.

I found that an old pill bottle is the perfect thing to use to press down the crusts into the bottom of the cupcake liners. 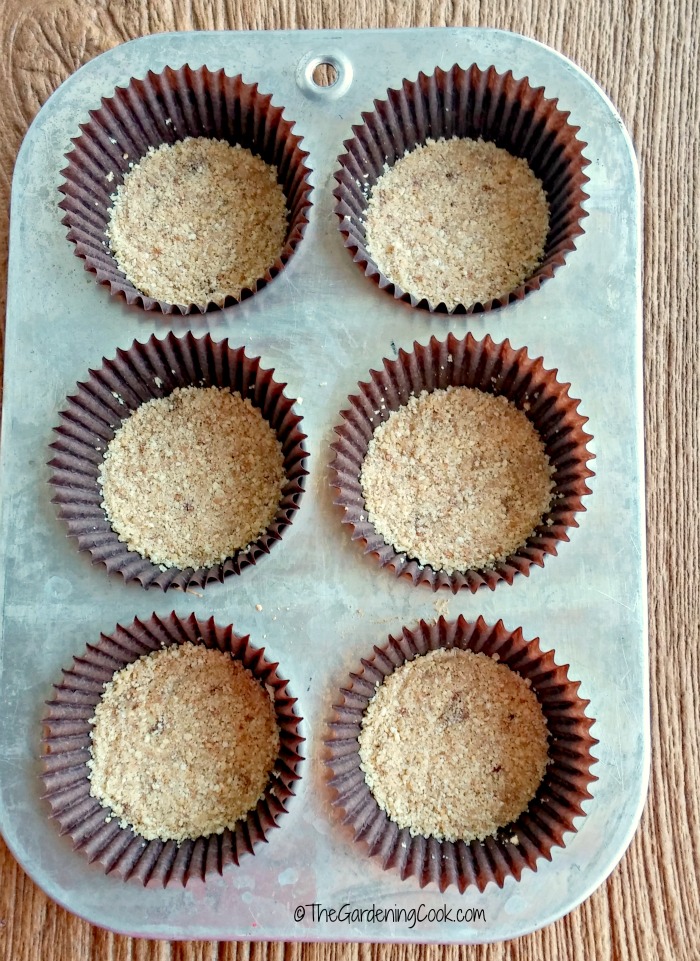 The cheesecake mix is super tasty. Cream cheese, spices, pumpkin puree and sour cream, as well as farm fresh eggs give this cheesecake a delicious taste that can’t be beat.

Pumpkin puree is a cooks best friend in the fall. It can be used in both savory and sweet recipes.

Once the filling is divided and then placed in the cupcake liners in layers, it’s time to get artsy crafty with a long toothpick.  Just add a few tops of the pumpkin layered cheesecake mix and swirl it into a pretty pattern and then bake. 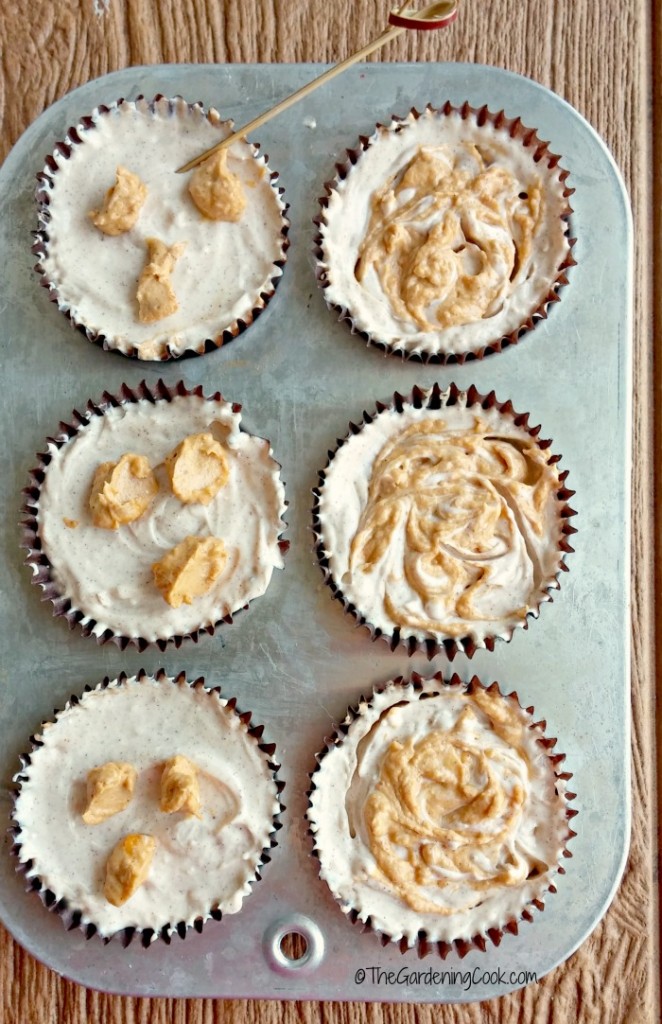 These pumpkin swirl mini cheesecakes satisfy the pumpkin-loving bones in my body, and also satisfies my husband’s love for cheesecake. It takes Thanksgiving to new heights and gives us both great big holiday smiles.

The size is perfect for Thanksgiving, since I am that kind of person who likes a bit of everything on the dessert table and so, it appears, are my guests! 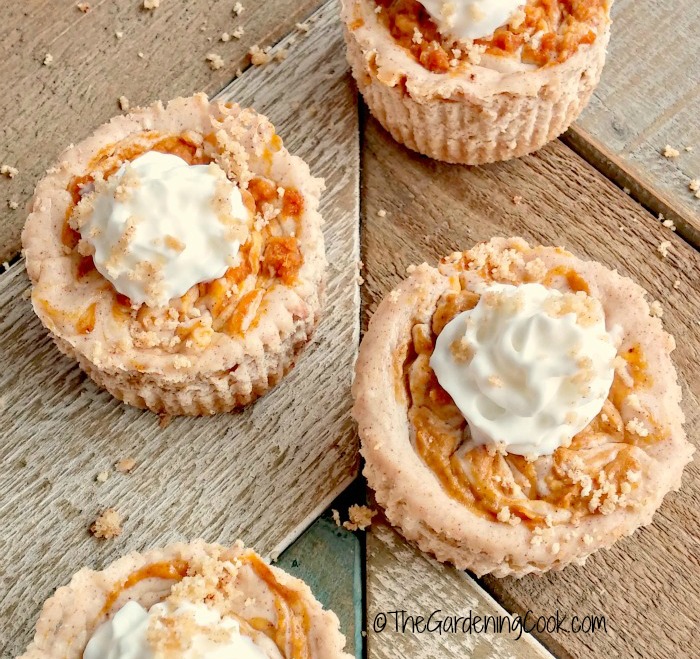 For the CHEESECAKE LAYER:

For the SWIRL LAYER:

These look yummy! I'm not much into regular pie crust (I eat the insides and leave the crust) but I love graham cracker crust. I can eat this and feel like it's somewhat healthy, with the pumpkin (-; Thanks for sharing!

these looks so yummy. i have to try this recipe

I love the flavor of them. Not too pumpkiny!

They really are so tasty. I froze some for Thanksgiving.