These Pestiños pastries are flavored with citrus, wine and cinnamon.  If you are looking for something special to take to a cookie swap, this recipe will delight the party guests with their delicate texture.

Pestiños are a Spanish cookie from Andalusia and other regions of Southern Spain.  They are often served at Christmas time, but are a popular item for Holy Week too. 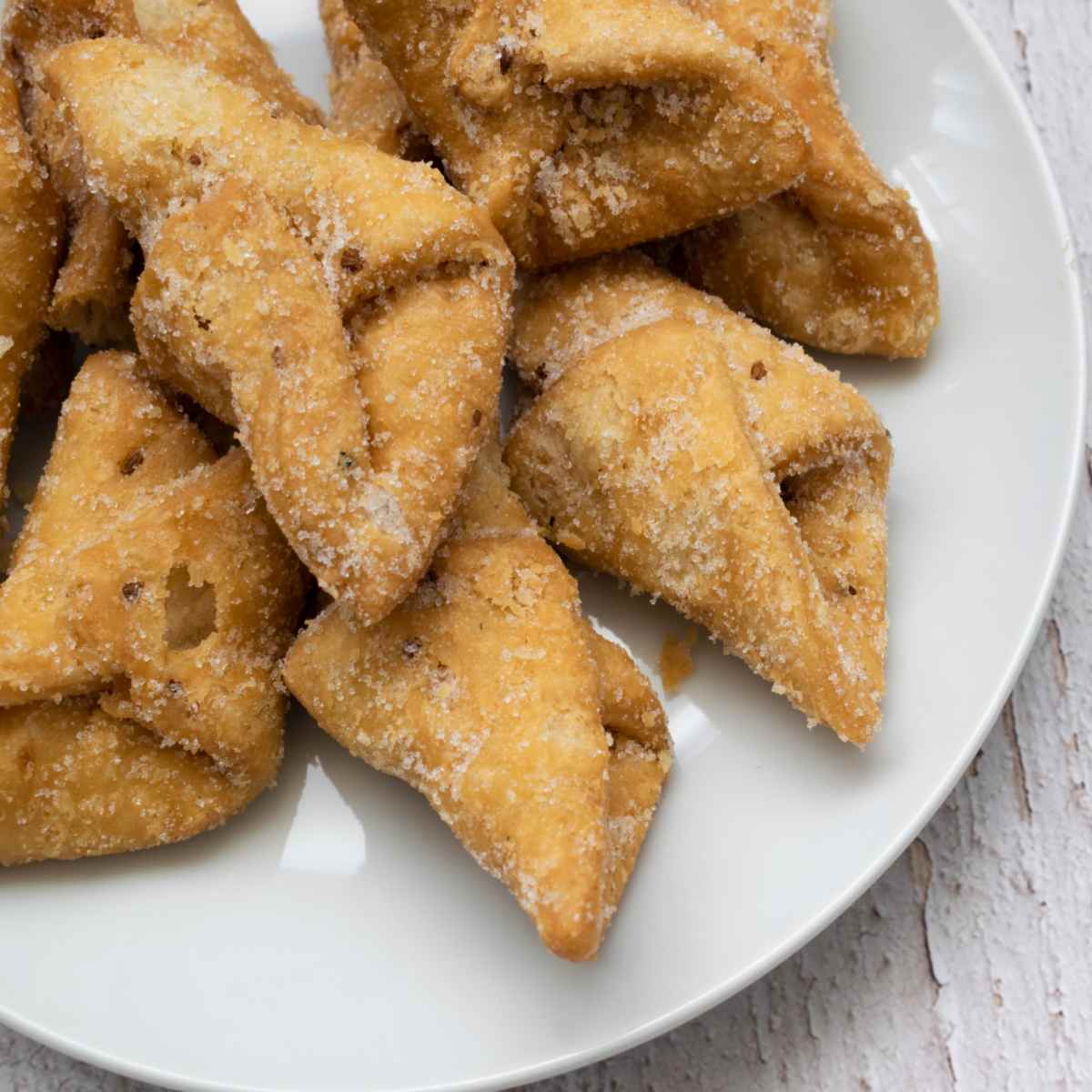 The holidays are a time for getting out your more “special recipes” to share with family and friends.  Nothing shows love quite like a sweet treat that you put a bit of extra effort into.

Pestiños aren’t your normal “slice and bake” type of sweet treat. There is a bit of preparation involved but the end result is so worth it.

Pestiños are very easy to make and the ingredients are probably already in your pantry. You will need:

Start by combining the lemon and orange zest, salt and Reisling with the olive oil and anise seeds.

Stir in the flour and cinnamon and knead until you get a nice smooth dough.  Roll it out to 1/8 inch thickness and cut into 2 x 2 inch squares.

Take two opposite corners and press them together in the center. (they will stick better with a bit of water on the join.)

Heat the coconut oil and add the formed pestiños and cook them until they  float to the surface. Flip them when they turn golden brown.

Remove to paper towels to drain and toss in cinnamon sugar.

Why not try to add a bit of Spanish flavor to your Christmas holiday menu selection with some of these Pestiños?

Recipe adapted slightly from one on Imperial sugar.

Yes it is solid and needs melting. Just takes a few seconds. Carol

I LOVE UR RECIPES

Thanks Helena. glad you are enjoying the site.